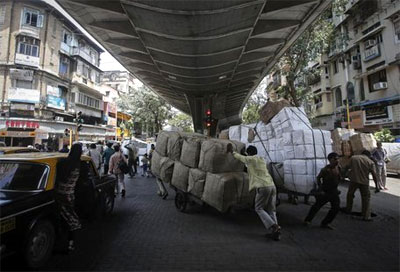 The Congress has set five conditions before the National Democratic Alliance for support to the constitutional amendment Bill on a goods and services tax (GST), which is yet to be cleared by the Rajya Sabha. The party says it won’t support the Bill in its present form, as it benefits neither the Centre nor states.

The Congress is firm on changes in the Bill, including withdrawal of the imposition of one per cent additional tax over GST for manufacturing states, inclusion of tobacco and electricity in the proposed indirect tax regime, and a revenue-neutral rate of 18 per cent, not about 27 per cent. The party also wants the Centre to compensate states for revenue loss after switching to the GST regime for five years.

The government will find it difficult to pass the Bill in the coming monsoon session of Parliament without the Congress’ help. Congress leaders maintain despite the United Progressive Alliance (UPA) being the architect of the GST structure, the party won’t support the Bill in its current form.

The party has already made known its intention to not allow Parliament to function in the monsoon session if External Affairs Minister Sushma Swaraj and Rajasthan Chief Minister Vasundhara Raje do not resign from their posts. This follows the two being dragged into a controversy regarding facilitation of travel documents to former IPL chief Lalit Modi.

In a recent address to Congress chief ministers, former PM Manmohan Singh had said the UPA had made efforts to turn the GST into a reality. He had, however, added, “I am not sure the legislation we are presently considering is the best route forward. It helps neither the Centre nor states, at least the majority of them.”

Former finance minister P Chidambaram described the one per cent additional tax as a “retrograde provision and negates the very character of GST of a destination-based tax”.

The party is also demanding the revenue-neutral rate for GST be capped at 18 per cent, not 27 per cent (recommended by a sub-panel of the empowered committee of state finance ministers and being vetted by the National Institute of Public Finance and Policy).

The party feels many goods and services have been excluded from the GST’s ambit. It has sought tobacco and electricity be brought under GST.

It also supports the demand of some states that they be compensated fully for the revenue loss resulting from a switch to the GST regime, for five years. The Bill provides for compensation for five years, but with a tapering - 75 per cent of the losses in the fourth year, and 50 per cent for the fifth.

Owing to the demands of the Congress-led Opposition, the Bill has been sent to a select committee of the Rajya Sabha.