Refuting the charges, Nestle said the benefits largely have been passed on by way of reduction of MRP or by way of increase in grammage. 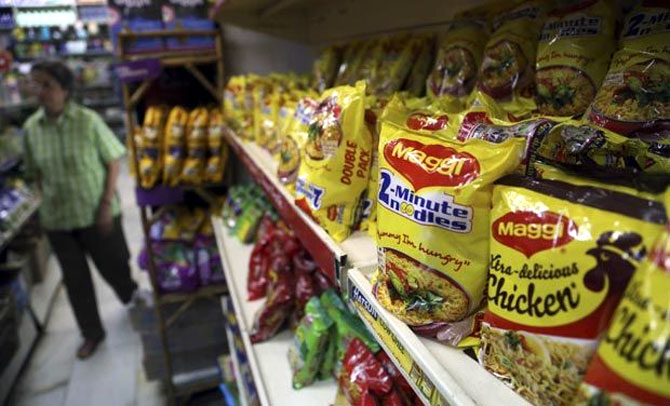 Reacting to the order, Nestle India said it would consider appropriate action after studying the same.

The NAA, which has been set up to examine complaints of not passing benefits to consumer under the Goods and Services Tax (GST), rejected Nestle India's claims that it has passed on benefits of Rs 192 crore by reducing maximum retail price.

The authority said "there is no evidence that the Respondent (Nestle) has reduced his prices commensurate with the tax deductions" and has "even increased the same in respect of a number of products".

"The above amount of Rs 192 crore has also been wrongly calculated by the respondent by applying arbitrary methodology and hence the above claim made by the respondent is incorrect," the NAA said in its order.

The authority also dismissed Nestle's claims that it was not practical to pass on benefit at stock keeping unit (SKU) level, additional benefits were passed through other SKUs at the same category level.

Accordingly, the authority directed Nestle to reduce prices and deposit an amount of Rs 73,14,83,660, which has been arrived at after deducting Rs 16,58,32,723 that the company has already deposited with the Consumer Welfare fund (CWF) of the Central and concerned state governments as the recipients are not identifiable.

Reacting to the NAA order, Nestle India said in a regulatory filing that the information regarding passing of GST rate benefit together with substantiations has been provided to the authority.

"However, we are disappointed that the NAA has not accepted the methodology adopted by us to pass on the GST rate reduction benefit," it said.

The company further said, "We are studying the order passed by the NAA and will consider appropriate action as advised."

The benefits largely have been passed on by way of reduction of MRP or by way of increase in grammage.

In SKUs where it was not practical to pass on the benefits, such as in Nescafe single serve packs of Rs 2 or Maggi noodles Rs-5 packs, the benefit has been passed on other pack sizes within the same product category, it added.

"In some situations where the benefit could not be passed on instantly by reduction in MRP or increase in grammage, the amount was set aside to be subsequently passed on and was not reckoned wither in our sales or profits," Nestle India said.