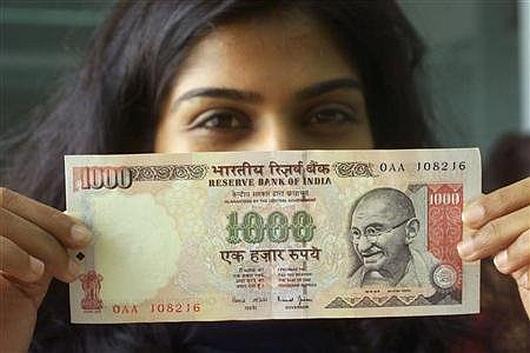 In an ambitious initiative aimed at empowering women, the government has proposed to set up an exclusive bank for women having branches across the country which may see merging of the Bharatiya Mahila Bank launched last year by the UPA government.

The initiative has been taken by Union Minister for Women and Child Welfare Maneka Gandhi primarily to fulfil the financial requirements of women and ensure their empowerment.

Asked to share details about the proposed bank, she said its broad contours will be deliberated upon in a meeting with representatives of top banks tomorrow.

Gandhi said Rashtriya Mahila Kosh, which was set up in 1993 to empower women, and the Bharatiya Mahila Bank (BMB) may be merged into the new bank to have just one institution to fulfil the funding needs of women.

The previous UPA government had set up the first all-woman bank in November last year as a step towards empowerment of women. The bank was launched with a corpus of Rs 1,000 crore and currently it has around 28 branches across the country.

The Rashtriya Mahila Kosh was set up in 1993 under the Women and Child Welfare Ministry to facilitate credit support to poor women.

Listing empowerment of women as a priority area, Gandhi said setting up of the state-owned bank exclusively for women will be one of the priority initiatives of her Ministry to improve the plight of women across the country.

"Banks should make it easy to lend to women, not just to self help groups," said Gandhi. Though the main objective of the RMK was to fulfil credit needs of poor women, Gandhi said her assessment was that it has not been able to deliver effectively.

Elaborating on her priorities, Gandhi said the Ministry was also mulling over a proposal to set up Industrial Training Institutes (ITIs) exclusively for women to impart vocational training.

She said normal ITIs have very few courses for women and that is why her Ministry was moving a proposal to set up such institutes for women.

Gandhi said her Ministry was also planning to streamline the functioning of Anganwadis across the country which provide services like post natal care and supplementary nutrition to both children below the age of six as well as pregnant women under Integrated Child Development Services.

There are about 14 lakh Anganwadi centres across the country. "This is one system that really needs to be worked out. Because they could be the most powerful weapons that we have against malnutrition and for baby care.

"Over the years, nobody has ever paid any attention to them. Infact, in my own constituency, I have been there for 25 years and I didn't even know that Anaganwadis existed. It is that bad. Most Members of Parliament don't know about the Anganwadis," she said.

The Minister said there are cases of alleged irregularities such as fake tenders and substandard food being provided by Anganwadis and there was a need to put in place a mechanism to check such wrong-doings.

"Many of them are accused of selling the food that is given for distribution and that is because there is no checking system in place," she said. Gandhi said she has called a meeting of representatives from all the states on August 4 to discuss ways to carry out "reforms" in the existing system.

"If I can work that out, that will be a major, major achievement in eradicating malnutrition," she said. 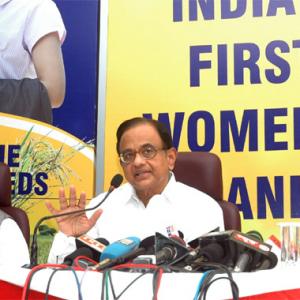 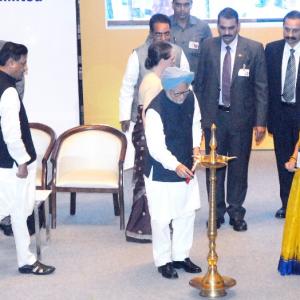