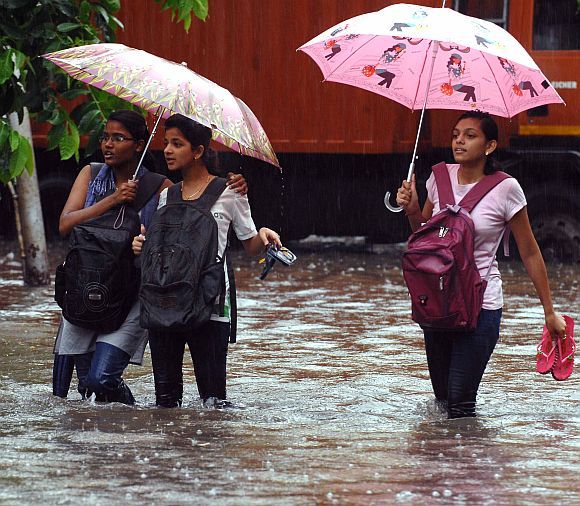 With just two days left for the winter session of Parliament to end and question marks still hanging over the fate of two crucial pieces of legislation, both finance minister Arun Jaitley and coal minister Piyush Goyal said on Saturday that the government was looking at alternatives to move forward on the coal and insurance Bills.

Addressing the annual general meeting of the Federation of Indian Chambers of Commerce & Industry (Ficci), Jaitley said the government wouldn't allow "obstructionism" to stop the insurance Bill from being passed.

The government has been wanting to table amendments to insurance laws in the Rajya Sabha. Following a week-long uproar in Parliament over the issue of religious conversions, the government has managed to table the long-pending constitutional amendment Bill for a goods and services tax in the Lok Sabha.

However, the insurance Bill, which seeks to increase the cap on foreign investment in the sector from 26 per cent to 49 per cent and was scheduled to be tabled in the Rajya Sabha on Tuesday, hasn't been tabled yet.

The Coal Mines Special Provisions Bill has been passed in the Lok Sabha but requires to be cleared by the Upper House.

Jaitley said reform in the coal sector was another important agenda item the government was pursuing. But that, too, was "held back because of political obstructionism".

The finance minister took a dig at the Trinamool Congress when without naming it, he said a political party whose members were allegedly involved in a chit fund scam was trying to divert attention by creating obstructions in the functioning of the Rajya Sabha.

Addressing another set of industry members at the AGM of the PHD Chambers of Commerce, Goyal said, "In case, the (coal) Bill faces resistance in the Rajya Sabha, we would seek alternative options."

The NDA government is not averse to getting some of the key reforms through via the ordinance route. Senior ministers have continued to drop broad hints on how the government has a 'plan B' and a 'plan C' to push through key reforms like the amendment to the insurance Bill, now that 'plan A' isn't working with a united Opposition continuing to disrupt Rajya Sabha proceedings.

'Plan B' consists of taking the ordinance route. The only hitch with it could be that an ordinance would need the approval of President Pranab Mukherjee, who is a stickler for going by the rule book.

As for 'plan C', the government could have it passed in the Rajya Sabha amid pandemonium and has pointed out how the UPA resorted to the strategy on some occasions, including to pass the Bill to carve out a separate state of Telangana. But, "plan C" will have to contend with vice-president and Rajya Sabha chairman M Hamid Ansari or P J Kurien, deputy chairman in the House and a Congress MP.

Another possibility is of convening a joint session for ensuring the passage of contentious Bills.

But it is ruled out in the present context considering that neither the coal nor the insurance Bill has been rejected by one of the two Houses. For the mechanism of a joint session to be invoked, one House needs to reject or suggest amendments to a Bill passed by the other House.

The insurance Bill is pending before the Rajya Sabha after the House select committee submitted its report, and is yet to be taken up for discussion.

The coal Bill was passed by the Lok Sabha but has not yet been introduced in the Rajya Sabha.

In the Lok Sabha, the Opposition has repeatedly accused the government of taking Parliament for "granted" and jettisoning established conventions by introducing Bills in the House via supplementary lists of business.

Bills such as the Goods and Services Tax Constitutional Amendment Bill and some others have been introduced without keeping the House Business Advisory Committee in the loop. Neither has the government agreed to Opposition demands to send some of these Bills to Parliament's standing committee, leading it to accuse the government of "attacking democracy".

This had led to parliamentary affairs minister M Venkaiah Naidu to retort that by the same logic the Opposition should have let the Rajya Sabha function.

The government had in October promulgated a special ordinance for re-allocation of coal blocks cancelled by the Supreme Court in its judgment in September.

The Supreme Court had set a deadline of March 31 for reallocation of 42 producing coal mines through the bidding process.

Under the Constitution, the government is empowered to enact a law through an ordinance signed by the President without going through the legislative process.

Though such a law ceases to operate six weeks from the reassembly of Parliament, the government can re-promulgate the ordinance unless it is explicitly rejected by one of the Houses.

Jaitley said if all political parties buried their differences on key reform measures, India could achieve economic growth of 9-10 per cent.

"Today, the choice is clear. You either reform or miss the bus once again, and if the latter were to happen, a whole generation will not pardon us."

The finance minister also spoke about the amendments to the land acquisition Act, which was to be brought in the winter session and said some of the provisions would have to be changed as they were acting as an 'impediment'.

"A serious re-look is required as to how each of these provisions, which can cause damage, remain in the statute books, and can create an impediment for governance," he said.

The minister added that the new government had inherited a lot of unpaid bills of the previous government - the subsidy bill and the CST compensation, but hoped to meet the challenge of achieving the fiscal deficit target of 4.1 per cent of GDP.

BILLS PASSED IN LOK SABHA BUT NOT IN RAJYA SABHA

The Repealing and Amending (Second) Bill, 2014

BILLS PASSED IN BOTH HOUSES

The School of Planning and Architecture Bill, 2014