The finance minister also said that the merger would not result in any retrenchment but rather improve the benefit of the employees.

The government on Friday said it will infuse about Rs 55,000 crore in public sector banks to enhance their capital base so that they can accelerate lending in a bid to bolster growth.

This was the second set of measures announced by Finance Minister Nirmala Sitharaman to prop up the economy and at least one more is expected next week.

The announcement formed part of the government's mega plan to merge 10 public sector banks into four with a view to creating fewer and stronger global-sized lenders with robust balance sheets.

All the anchor banks in the consolidation process will get capital support.

These are indicative figures and the actual capital infusion may vary depending on banks' assessment, Sitharaman told reporters in New Delhi.

Giving details of governance reforms in the public sector banks, she said these will bring transparency and strengthen bank boards.

To make management accountable, a board committee of nationalised banks will appraise performance of GM and above ranks, including managing director, and also recruit Chief Risk Officer at market-linked compensation to attract best talent, she said.

To enable succession planning, she said boards will decide a system of individual development plans for all senior executive positions.

She also said flexibility has been given to boards of large public sector banks to enhance sitting fees of non-official directors (NODs).

Boards have also been given the mandate to reduce or rationalise committees, she said, adding that Management Committee of Board (MCB) loan sanction thresholds has been enhanced by up to 100 per cent to enable focussed attention to higher value loan proposals.

Executive directors' strength in larger banks has been raised to four for better functional focus and thrust to technology, she said.

The finance minister also said that the merger would not result in any retrenchment but rather improve the benefit of the employees.

Asked about any plan for giving relief to home buyers, finance secretary Rajiv Kumar said the Ministry of Housing and Urban Affairs is looking at it and soon some measures will be announced.

Commenting on the merger decision, PNB managing director Sunil Mehta said this is a very welcome measure taken by the government.

"This is going to provide lot of strength to the economy because these mergers will bring synergies in operation.

“The amount of capital provided to the bank will provide an opportunity to grow faster. The decision will be deliberated by the board," he said.

Canara Bank managing director R A Shankara Narayanan said the merger will add value and it will become the fourth largest public-sector bank.

Union Bank of India MD Rajkiran Rai said, "We don't foresee any problem with regard to merger. Similar timeline would be there as was in the case of BoB. It could be even faster."

SBI chairman Rajnish Kumar said, "Today's announcements also underline the fact that the government recognizes the importance of a robust banking system in achieving the goal of $ 5 trillion economy as bigger banks will be better armed to meet the credit needs of a fast growing economy like India."

Source: PTI© Copyright 2021 PTI. All rights reserved. Republication or redistribution of PTI content, including by framing or similar means, is expressly prohibited without the prior written consent.
Related News: Punjab National Bank, Union Bank of India MD Rajkiran Rai, Management Committee of Board, Union Bank of India Rs, Ministry of Housing and Urban Affairs
SHARE THIS STORY
Print this article 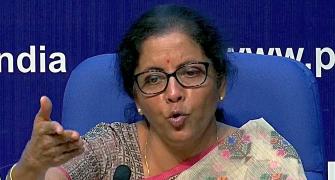 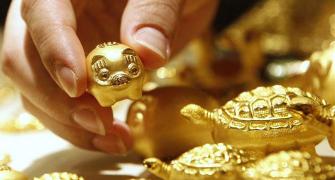 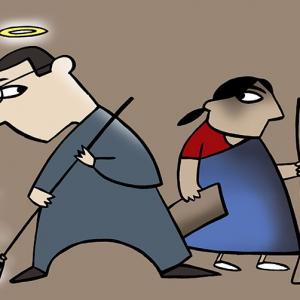 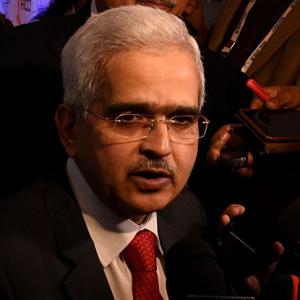