The buyout will cost LIC about Rs 100 billion, based on the Rs 248 billion market capitalisation of IDBI Bank as on Friday, and assuming it acquires a 40 per cent equity stake from the government. The government is considering a proposal to sell a significant portion of its stake in IDBI Bank to Life Insurance Corporation of India and has approached the Insurance Regulatory and Development Authority of India for clearance, according to sources.

The insurance regulator may take up the matter during its June 29 board meeting. Further, to make this proposal effective, IRDAI is likely to give LIC an exemption from breaching the maximum company-specific investment limit.

Currently, insurance companies are not allowed to own more than 15 per cent in a single company. However, the regulator would ask LIC to bring down its stake in IDBI Bank over a period of five-seven years. Sources said this would not be a challenge because IRDAI had allowed such exemptions in the past.

The LIC board has approved the proposal in principle. The bank will be asked to present fresh capital requirements.

Currently, LIC has over 10 per cent stake in six PSU banks, including IDBI Bank (see table). In another four, its stake ranges between 9.5 and 10 per cent.

The market was already abuzz with this news on Friday. IDBI Bank’s stock scaled an intra-day high of Rs 61 before closing 2 per cent higher at Rs 59 per share on the BSE. The buzz is that the government could sell as much as 40 per cent in the bank to the country's largest life insurance company.

If this move fructifies, the State-owned life insurer may end up holding a majority stake in the ailing public sector bank. The buyout will cost LIC about Rs 100 billion, based on the Rs 248 billion market capitalisation of IDBI Bank, as on Friday, and assuming it acquires a 40 per cent equity stake from the government.

The government has for over three years been seeking strategic investors for the lender. International Finance Corporation had conducted due diligence, but the matter did not move ahead.

Market experts, however, are not excited by the news, due to lack of any immediate benefits for the bank.

“The deal is not beneficial for either of the parties. Given the negative adjusted book value (net worth minus bad loans) of IDBI Bank, the deal is not good for LIC. Also, the bank is not going to get any capital infusion with this. Only government will get some amount,” said G Chokkalingam, founder and managing director, Equinomics Research & Advisory.

IDBI Bank is under the Reserve Bank of India’s  prompt corrective action framework due to its weak credit profile. Faced with a huge provisioning bill for bad loans for 2017-18, it booked a net loss of Rs 82.37 billion, against a net loss of Rs 51.58 billion in 2016-17.

The bank’s gross non-performing assets ratio stood at 27.95 per cent (Rs 555.88 billion). As a share of total advances, this is the second-highest in the history of Indian banking. Earlier, IDBI Bank had reported gross NPAs of 30 per cent in the quarter ended December 2003.

The bank also reported divergence in asset classification to the tune of Rs 102.81 billion in 2016-17. Gross NPAs assessed by RBI stood at Rs 550.34 billion against the bank’s assessment of Rs 447.52 billion.

IDBI Bank plans to put NPAs worth Rs 210 billion on the block in order to clean up its balance sheet. Some of these NPA accounts are from RBI’s first list of companies referred to the National Company Law Tribunal for insolvency resolution. The bank will only part with these stressed loans if it receives the expected value.

The bank also hopes to conclude the sale of a 30 per cent stake in NSDL valued at around Rs 9 billion.

With inputs by Shreepad S Aute 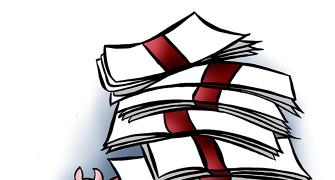 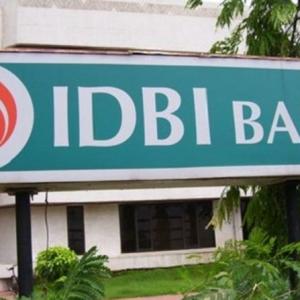