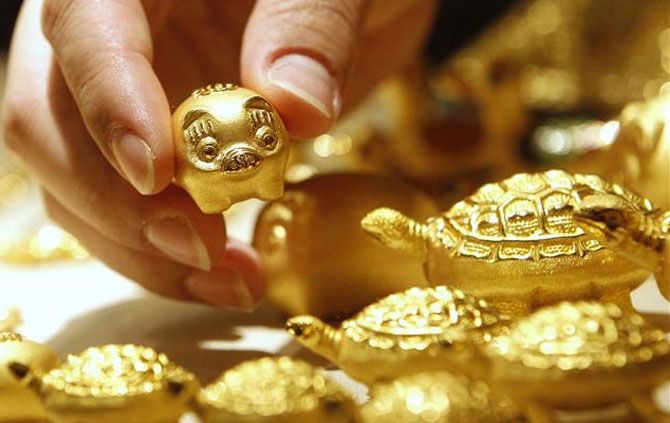 Standard gold price in India on Thursday recorded the highest single-day gain of 2.21 per cent in recent years, following a sharp spurt in its prices in global markets on the US Fed’s dovish stance on economic growth in the United States.

The data compiled by the India Bullion and Jewellers Association (IBJA) showed standard gold price at Rs 33,559 per 10 gm in Zaveri Bazaar in Mumbai on Thursday, barely 0.3 per cent lower than the all-time high of Rs 33, 716 in February this year.

Oil prices, too, jumped on Thursday but on rising US-Iran tensions, with gains accelerating on a cryptic tweet by American President Donald Trump after Iranian forces shot down a US spy drone.

Base metals remained resilient to trade, with a marginal gain on the London Metal Exchange (LME).

“The sharp spurt in gold prices can be attributed to the dollar’s weakness. The US Fed in its last meeting changed the narrative.

"So far, the narrative has been that the dollar interest rate is going up.

"But, the Fed is now turning dovish due to the ongoing trade talks, with the delay affecting the US economy.

"Thus, the Fed signals problems in the US economy with steady interest rate cuts.

"Consequently, crude and base metals did not follow the speed of surge in gold prices,” said Gnanasekar Thiagarajan, director, Commtrendz.

On Wednesday, the US Federal Reserve hinted at interest rate cuts beginning as early as July, saying it is ready to battle growing global and domestic economic risks as it took the stock of rising trade tensions and growing concerns about weak inflation.

In the US, gold price hit the highest in five years in the late Wednesday trade as investors sought refuge in the bullion as a safe haven.

Both Gnanasekar and Damani forecast gold price in the rupee term at Rs 35,000 per 10 gm in the near term before investors start a pullback from riskier assets like bullion for investment in equity markets.

Silver and crude oil futures also moved up by 2.43 per cent and 2.7 per cent to Rs 38,210 a kg and Rs 3,876 a barrel for delivery in July, respectively. Copper and zinc futures jumped, too, jumped, albeit marginally. 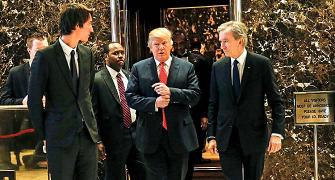 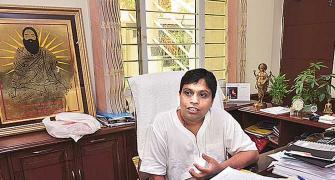 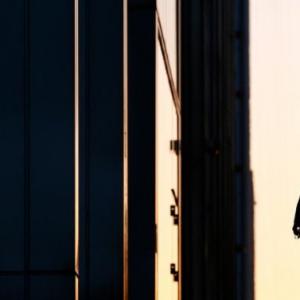