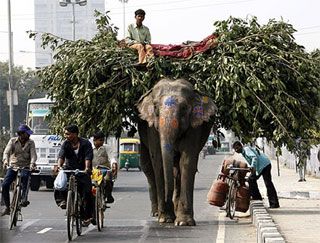 Last week when Honda’s global chairman, Fumihiko Ike, was complaining about difficulties in doing business in India, he was also evaluating a plan to invest about Rs 4,500 crore (Rs 45 billion) in a new car manufacturing plant at Sanand in Gujarat. The Japanese automobile giant has already invested Rs 6,000 crore (Rs 60 billion) in India in two separate facilities, at Greater Noida in Uttar Pradesh and Tapukara in Rajasthan, with a capacity to produce 240,000 cars a year.

Speaking at a Society of Indian Automobile Manufacturers’ summit in New Delhi, Ike said poor infrastructure and an  uncertain tax regime made it tough to do business in India. India figures 134 in ease of doing business rankings among 189 countries. Global chief executive officers (CEO) find themselves in a love-hate relationship with the country as they cannot resist the Indian market despite being frustrated by government apathy.

“CEOs feel a sense of frustration as despite seeing potential opportunities, on the ground they do not see the miracle taking place,” said Harsh Goenka, chairman of RPG Enterprises. “It is good to vent feelings so that the government starts working faster,” he added.

BP India chief Sashi Mukundan was also unequivocal when he called the delay in raising the price of gas frustrating at a summit organised by The Economist in New Delhi last week. BP bought a 30 per cent stake in Reliance Industries’ 21 oil and gas blocks, including Krishna Godavari–D6, for $7.02 billion in 2011.

The previous United Progressive Alliance government approved a formula that would have doubled natural gas prices to $8.4 per million British thermal units. First the decision was held up by elections and now the new government is reviewing it. Mukundan said this had delayed BP’s $4 billion investment in its first project, which would not be viable without favourable pricing.

But the experience has not deterred the company from exploring new opportunities. RIL’s and BP’s equal joint venture, India Gas Solutions, has bid for a 25 per cent stake in a liquified natural gas (LNG) Import terminal at the Mundra special economic zone. Gujarat State Petroleum Corporation (GSPC) and the Adani Group are developing the terminal that will cost Rs 4,500 crore (Rs 45 billion).

“Ease of doing business has been bad, but it further deteriorated in the last three years,” said Adi Godrej, chairman of the Godrej Group. “That is why there is so much of frustration now, but the global giants hope it will improve with time and the new government’s intentions have raised their confidence,” he added.

But high hopes with the new government have brought disappointment to UK-based Vodafone, which was expecting an early resolution of its $2.5 billion tax dispute over its purchase of a controlling stake in Hutchison Essar Telecom in April 2007. Vodafone India CEO Marten Pieters also criticised the government for the delay in allowing it to bring in funds from the parent company to buy spectrum. Despite these frustrations, the company has invested Rs 48,200 crore (Rs 482 billion) in India in the past five years.

“Global giants need India in their portfolio to achieve high growth,” said Sidharth Birla, president of the Federation of Indian Chambers of Commerce and Industry . “They also understand that ease of doing business will improve over the years so they continue to invest,” he added, citing the new government’s plan to use technological intervention to improve efficiency.

The government plans to take India into the top 50 ranks in ease of doing business in the next two years with efforts such as shifting all applications for industrial licenses online. 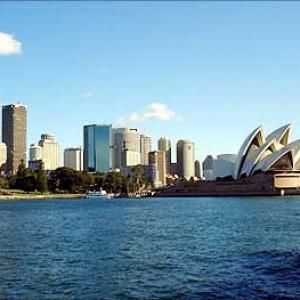