Come, Make in India, for India and the world: Modi at GES 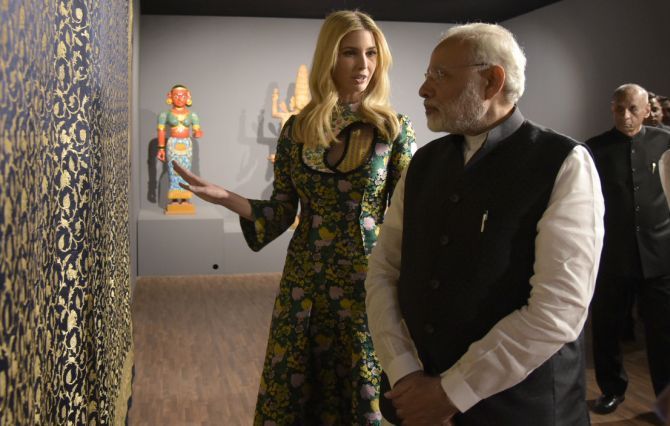 Prime Minister Narendra Modi on Tuesday invited global entrepreneurs to invest in India, saying that the government has undertaken a host of taxation and other reforms to create an investor friendly environment.

He said efforts by his government to improve business environment have resulted in a jump in India's ranking in the World Bank's 'Ease of Doing Business Report', from 142 to 100, in three years.

"To my young entrepreneur friends from India, I would like to say, each of you has something valuable to contribute towards creating a New India by 2022. You are vehicles of change and instruments of India’s transformation.

"To my entrepreneur friends from across the globe, I would like to say: 'Come, Make in India, Invest in India -- for India, and for the world'. I invite each one of you to become a partner in India’s growth story. And once again assure you of our whole-hearted support," he said.

An investment-friendly environment needs to be stable from the macro-economic perspective, he said, adding that his government has succeeded in containing the fiscal and current account deficits as well as curbing inflation. 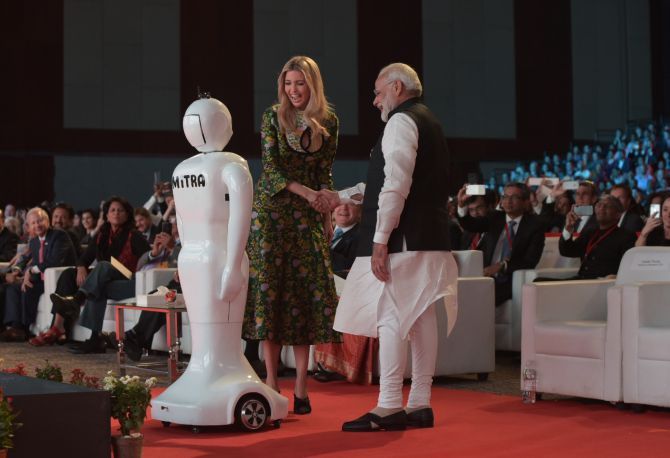 Referring to the theme of the 3-day conference, 'Women First, Prosperity for All', Modi said: "In Indian mythology, woman is an incarnation of Shakti -- the Goddess of power. We believe women empowerment is vital to our development.”

Modi said Indian women have contributed significantly in various walks of life, and presently four of the oldest high courts in India are headed by women judges.

"Our sportswomen have done the country proud. This very city of Hyderabad is home to Saina Nehwal, PV Sindhu, and Sania Mirza, who have brought laurels to India," he said.

Referring to economic reforms, Modi said that taxation system has been overhauled with the launch of GST, while Insolvency and Bankruptcy Code has been introduced to ensure timely resolution of bad loans in the banking system.

"We have recently strengthened this further, preventing wilful defaulters from bidding for stressed assets," he said.

The government, he said, understands that an environment of transparent policies and a rule of law providing a level playing field are necessary for entrepreneurship to flourish. 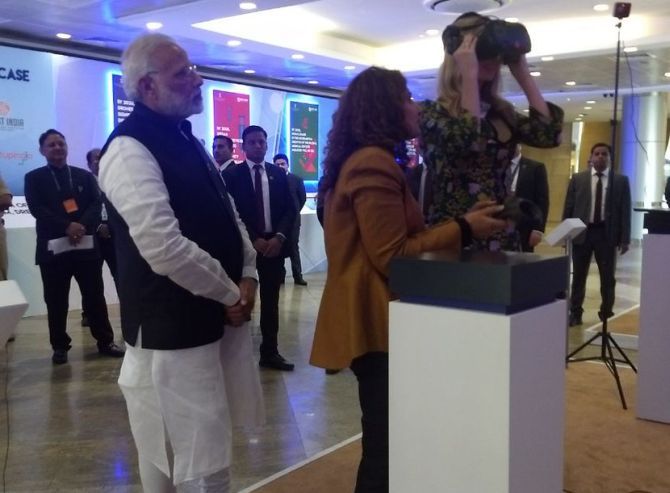 Modi listed out various business friendly measures taken by his government and said loans worth Rs 4.28 lakh crore have been sanctioned under the entrepreneurship scheme, MUDRA.

Besides, he said, under the 'Atal Innovation Mission', Tinkering Labs are being opened in more than 900 schools to promote a culture of innovation and entrepreneurship among children.

After taking electricity to almost all villages, a new scheme, Saubhagya, will provide connections to all the unelectrified families by December 2018, he said, adding that a programme has also been launched to provide high-speed broadband Internet to all rural areas by March 2019.

Besides, he said, the government is working on developing a national gas grid and a comprehensive national energy policy is also in the pipeline.

On financial inclusion, he said almost 300 million bank accounts, with deposits of over Rs 685 billion, have been opened through the Jan Dhan Yojna. "This brings previously un-banked sections of society into the formal financial system. Of these, 53 per cent account are women."

Modi further said: "We are steadily working towards a less cash economy and have launched a Unified Payment Interface App called BHIM. In less than a year, this platform is facilitating almost 280,000 transactions daily."

Modi said India has been an incubator for innovations and entrepreneurship over the ages.

The government's Start-Up India programme is a comprehensive action plan to foster entrepreneurship and promote innovation, he said, adding that the scheme aims to minimise the regulatory burden and provide support to startups.

Rajesh Rai and G Diwakar
© Copyright 2021 PTI. All rights reserved. Republication or redistribution of PTI content, including by framing or similar means, is expressly prohibited without the prior written consent.