Gambling to be legal? Maharashtra to take a call 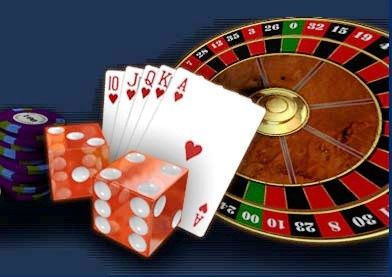 The Maharashtra government will soon decide whether to allow casinos to function in the state.

The government has already received two proposals assuring over Rs 1,000 crore (Rs 10 billion) a year to the exchequer if it operationalises a 1976-legislation to make offshore casinos legal.

The initial proposal envisages a Goa-like model of offshore casinos on yachts, only accessible to foreigners and run by the state government.

The proposal also contemplates eventually allowing citizens to avail of the facilities, as well as privatisation of the entities if the venture proves successful.

The present legislative framework on betting and gambling in India is sketchy, at best.

According to the Constitution, legislatures of the states are empowered to frame laws on the subject.

The Public Gambling Act, 1867, has been adopted by certain states. Others have framed their own. Lotteries, on the other hand, are within the purview of the central government and have been specifically excluded from gambling rules.

The current judicial perspective on what constitutes gambling is also yet to be settled for each individual circumstance.

The court, in that particular case, was evaluating the card game of rummy and opined that this did not constitute gambling, as it involved a significant preponderance of skill.

At present, no other game apart from rummy has been tested against the principle of skill versus chance.

The legal position of other such games is still uncertain. Even the Supreme Court judgment has been subject to varying interpretations.

In fact, the Madras High Court had in 2012 interpreted the Satyanarayana judgment differently, and adjudicated that playing rummy with stakes would constitute gambling.

The issue once again reached the Supreme Court. But, before the court could adjudicate conclusively, the petitioners sought permission to withdraw the original petition, which was accepted.

The Supreme Court observed that as the petition had been withdrawn, the observations made by the high court would not survive.

The sequence of affairs, though, renders the position of law relating to skilled-based games still uncertain.

In Maharashtra, the relevant statute is the Maharashtra Prevention of Gambling Act, 1887, modelled after the central legislation.

The state Act faces widespread criticism due to its outdated nature and colonial vestige.

The Act prohibits the formation of common gaming houses (which includes houses on vessels) and makes betting and wagering (except on horse and dog racing) in such houses illegal.

Further, the Act does not even require the prosecuting authority to prove the alleged gaming was for monetary gain.

There is also ambiguity and uncertainty of its application to most casino-based games.

To clarify, the state government passed the Maharashtra Casinos (Control and Tax) Act, 1976, that received the governor’s assent the same year but has never been notified.

The Act contemplates a licensing regime for casinos and attempts to exempt casino games (both skill and chance-based) from the application of the Maharashtra Prevention of Gambling Act.

“The legislature had passed the Act legalising casinos in 1976 but the government never implemented it. Now, the Bombay High Court has directed the government to take a decision,” says Gowree Gokhale, partner, Nishith Desai Associates, Mumbai.

The Bombay HC, while hearing a petition last year on the delay in notifying the Casinos Act, directed the government to take a stand on the issue within six months.

Jay Sayta, a researcher in gambling laws and founder of GLaws.in, a gaming laws web portal, says, “There are only three options before the state government -- one, frame policies and enforce the law; two, study what other states are doing with regard to legalising gambling, or three, repeal the Act through the legislative route.”

The MTDC proposal comes in the backdrop of these events.

The six-month time limit allowed by the court lapsed on April 9 without any decision being made, though there have been considerable deliberations by all the relevant departments.

The gambling market in India is estimated to be worth $60 billion per year, according to a KPMG report, a large portion of which is said to be in Maharashtra alone and operates illegally.

Development of casino infrastructure and an effective gambling regulation scheme has potential for large-scale revenue generation, while simultaneously curtailing the movement of black money and controlling criminal and underworld networks that operate in an unregulated industry.

“From revenue and tourism perspectives, the state will benefit if the Act is implemented.

"If the government can balance out the perceived ill effects of gambling and benefits to revenue and tourism, then that will be a win-win situation,” says Gokhale.

Considering the situation, there is an urgent need for the Maharashtra government to come up with a concrete decision on the four-decade issue of legalising casinos in the region. Any move to legalise casinos is unlikely to be smooth, with certain sections in the administrative machinery at loggerheads over the proposal. 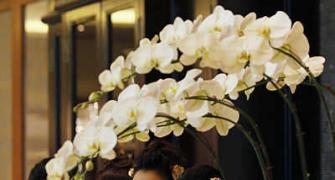 PHOTOS: Betting on casino to turn around fortunes 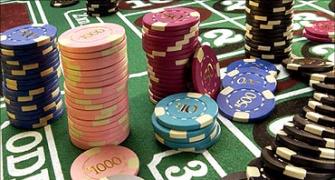 India gets its first live casino! In Gangtok 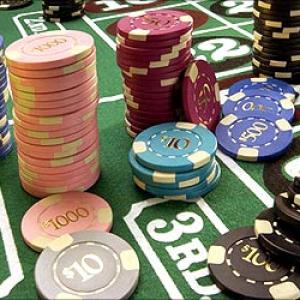