Gadkari said the NHAI was working on setting up an InvIT to monetise its projects for mobilising resources through capital markets. 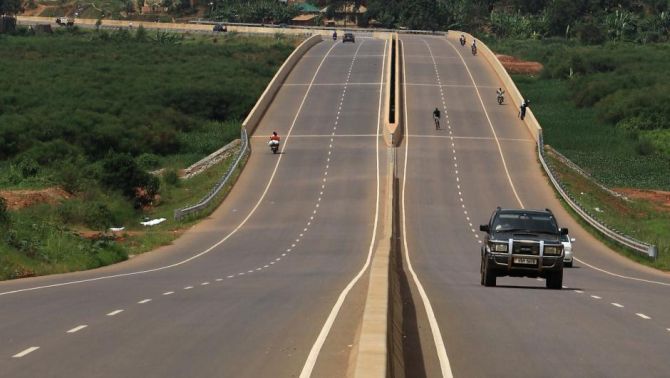 The Union road transport and highways ministry will soon start the process of forming an infrastructure investment trust (InvIT) under the aegis of the National Highways Authority of India (NHAI) for some projects.

As a first step, the NHAI will choose highways with high-traffic volumes, in bunches of three-four, and place them under special purpose vehicles (SPVs) or trusts.

The NHAI will decide which of the stretches should be offered under the upcoming InvIT and which ones through the existing toll-operate-transfer (TOT) mode.

“The road stretches with the potential for higher traffic will be set aside for the InvIT, because we want to attract more investors and hence, will enlist more lucrative projects under it.

"That does not mean the contracts for road monetisation would be less enticing but for a beginning, InvIT will take precedence over TOT,” a senior official told Business Standard.

The ministry will seek Cabinet clearance for floating the InvIT.

Union Minister of Road Transport and Highways Nitin Gadkari said the NHAI was working on setting up an InvIT to monetise its projects for mobilising resources through capital markets.

Investors will put in equity in them in the way shares of a company are bought.

The SPV will then be traded on the domestic stock exchanges and its returns to investors will be linked to the performance of the InvIT on the capital market.

TOT, however, is akin to operation and maintenance contracts given for 25-30 years.

In this case, the government or the NHAI receives upfront payment from investors for the project through a bidding process.

One such project was bagged by Australia-based Macquarie Group in a joint venture with Ashoka Buildcon in January last year.

Ashoka Buildcon is responsible for operation and maintenance, and Macquarie Asia Infrastructure Fund-II has given the equity.

A similar bundle of more than 586 km spread over four states - Rajasthan, Gujarat, West Bengal, and Bihar - with 12 toll plazas across four highways was offered last year but was later annulled because the bids received were below the reserve price.

The NHAI has begun road shows for another round of TOT projects, comprising nine stretches of about 566 km in Uttar Pradesh, Bihar, Jharkhand, and Tamil Nadu.

Besides these offers, around 6,400 km of national highway projects have been identified under TOT.

The Union government is expected to launch the first InvIT by December year.

The private sector has taken the lead in this form of fundraising.

The trust has 100 per cent ownership of all six road assets.

The ministry is working on the NHAI’s InvIT.

This exercise was underway when the Prime Minister’s Office (PMO) asked the NHAI to monetise existing road assets through TOT or an InvIT, because the PMO felt that the authority was ‘totally logjammed’ by an unplanned and excessive expansion of roads.