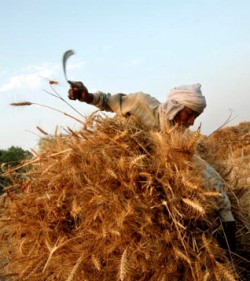 After Union labour minister Mallikarjun Kharge made a detailed presentation on the schemes at G-20 Labour Ministers meet in Washington, US labor secretary Hilda Solis, said, "Achievement of India is laudable as these schemes had succeeded in reaching the masses in remote geographical areas".

US hopes to learn from these innovative and dynamic programmes in India, she said.

Instead of the normal time of ten minutes given for each presentation, Kharge was given the floor for more than 30 minutes in view of the keen interest in the initiatives taken by India to foster inclusive growth.

"We did hear a presentation about the successes and implementation of these new efforts to create more jobs, especially in those designated areas that were hardest hit, in the rural areas, and the increase that we have seen over time of those households that have been affected, and also a very progressive plan in terms of health-care coverage and a very ambitious plan to educate youngsters," Solis told reporters after the meeting.

"I think that learning from each other about what techniques work in different regions, in villages, was something that all of us can take back to our respective countries," she said. Kharge's presentation generated discussion among the labour ministers who wanted to learn more about these two schemes which had touched the lives of such a large number of beneficiaries.

They were also interested in learning about how technology was used to reach the rural masses in remote areas.

The labour ministers from other countries sought details about the achievements under these schemes which were provided by Indian delegation.

Later, at a joint briefing, Kharge said all poor people, who are below poverty line, would be covered under this scheme and was going to help them greatly.

"I think the RSBY is a unique program initiated by our prime minister. And he is responsible to spend nearly Rs 3,600 as a contribution. All the insurance companies will spend the money. And this is the first time in India below-poverty-line people were covered under the Yojana," he said. 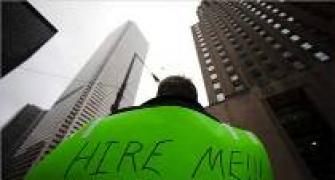 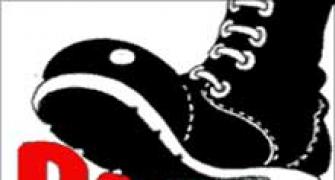 A smart card-based solution to hunger and poverty 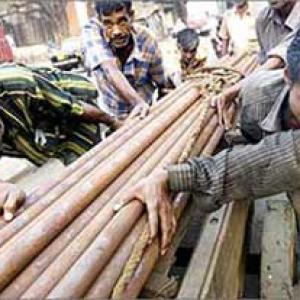