G20 leaders vow to boost global GDP by over $2 trillion 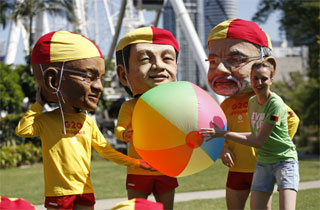 Leaders of the world's 20 developed and emerging economies today vowed to boost global GDP by over $2 trillion over next five years by investing in infrastructure and increasing trade, aimed at boosting the global recovery amid geopolitical tensions.

In a three-page statement issued at the end of G20 Summit in Brisbane, the world leaders, including Prime Minister Narendra Modi and US President Barack Obama, said, "raising global growth to deliver better living standards and quality jobs for people across the world is our highest priority."

The statement said that the global economy is being held back by a shortfall in demand, while addressing supply constraints is key to lifting potential growth.

"Risks persist, including in financial markets and from geopolitical tensions. We commit to work in partnership to lift growth, boost economic resilience and strengthen global institutions," it said.

"We are determined to overcome these challenges and step up our efforts to achieve strong, sustainable and balanced growth, and to create jobs.

"We are implementing structural reforms to lift growth and private sector activity, recognising that well-functioning markets underpin prosperity," it added.

"This year we set an ambitious goal to lift the G20's GDP by at least an additional two per cent by 2018. Analysis by the IMF-OECD indicates that our commitments, if fully implemented, will deliver 2.1 per cent. This will add more than $2 trillion to the global economy and create millions of jobs," it said.

The statement came soon after Russian President Vladimir Putin left the summit venue where he faced concerted Western anger over the Ukraine crisis and the downing of Malaysia Airlines Flight MH17 over eastern Ukraine in July.

It said the measures to lift investment, increase trade and competition, and boost employment, along with the macroeconomic policies, will support development and inclusive growth, and help to reduce inequality and poverty.

The G20 leaders agreed to set up a Global Infrastructure Hub with a four-year mandate to contribute to developing a knowledge-sharing platform and network between governments, the private sector, development banks and other international organisations.

They also welcomed the launch of the World Bank Group's Global Infrastructure Facility, saying "We support similar initiatives by other development banks and continued cooperation amongst them. 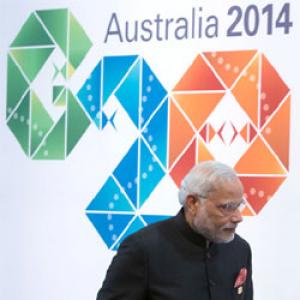 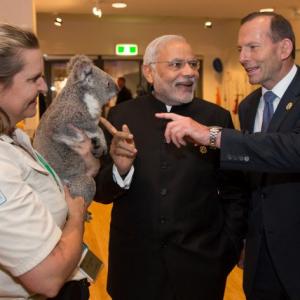