All work and no play makes Jack a dull boy, goes the saying. But the stakes are very high, and it's hard work pleasing youngsters. 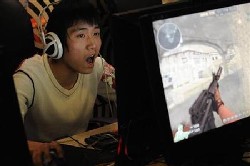 Recession-hit tech companies believe 2011 will be a promising year. But they are not taking any chances and are pulling out all stops to pander to the tastes of Gen Y who wants mobile computing, gaming, entertainment and edutainment literally at their fingertips.

Whether it be 3D televisions and laptops or gaming consoles and smartphones, the story at the Consumer Electronic Show (CES) 2011 is all about convergence of content and interconnectedness of the devices to provide users a seamless experience.

Gesture-based gaming, for instance, is catching the fancy of gamers. (There is big money too since the gaming market is expected to generate $20 billion in 2010).

And Microsoft hopes its users to continue play games and watch movies on its devices - the XBox 360 (sold 50 million units till date), tablet PCs and Windows 7 phones. Microsoft has tied up with Netflix, Hulu and ESPN to provide sports and movie entertainment on the Xbox.

During his pre-keynote speech at the CES on January 5, Microsoft Chief Executive Officer (CEO) Steve Ballmer said his company had sold eight million Kinect (which works with the Xbox 360 gaming console) controllers in the first 60 days that the accessory was on the market.

That was far higher than the five million the company predicted it would sell in the time period, implying it sold one Kinect (it competes for marketshare with Sony's 'Move' and Nintendo's 'Wii') for about every six Xbox 360 consoles it had sold. "This was the biggest holiday and the biggest year ever for Xbox," said Ballmer.

Microsoft also raised eyebrows by announcing the Avatar Kinect, which is the company's attempt to add social networking features to its Kinect sensor. Avatar Kinect will be free for all Xbox Live Gold members.

Ballmer also wanted users to play games on Windows 7 phones, which has 5,500 applications.

Over 100 new applications are being added every day and 20,000 plus developers have registered with Microsoft, according to Ballmer. Users can play XboxLive on the phone.

But Microsoft will no longer be just Wintel when it comes to personal computers (PCs). Ballmer said the future version of Windows will run on chips based on ARM's chip architecture.

During his address, he asserted that the OS worked fine on test systems based on chips from Intel, Qualcomm (Snapdragon), Texas Instruments, and Nvidia (Tegra 2).

He also announced that the future Windows OS would be based on System-on-a-chip (SoC) which refers to integrating all components of a computer or other electronic systems into a single integrated circuit (chip).

This was a much slimmer, next-generation version of its Surface touchscreen technology.

Dell wants to look 'cool' too. In an apparent bid to appeal to Gen Y, Dell accentuated mobility, entertainment and gaming during its announcement of a range of 4G-capable tablets, smartphones and high-definition 3D-capable laptops from its portfolio.

The phone has a 1 GHz processor and offers access to thousands of Android Market widgets, games and applications.

Dell also announced its Dell.com Mobility Hub, which offers a wide array of mobility products from popular manufacturers, including Dell's own solutions.

The new Mobility Hub, say Dell officials, has had nearly 50 million visits in the last 60 days. The hub is available online in more than 160 countries.

A 4G offering on AT&T's new HSPA+ network, the HTC Inspire 4G boasts the largest screen (4.3") from the carrier, as well as Dolby and SRS surround sound.

The HTC Inspire 4G is the first US phone to utilise htcsense.com providing ultimate mobile control.

If a phone is lost or stolen, you can pinpoint your cell's location on a map, and if necessary, wipe all personal data with a single command.

This means all user content is deleted at the touch of a button, thus protecting personal and work information. All this is wrapped up by HTC's manufacturing process which carves the shell of the device out of a solid piece of aluminum. The HTC Inspire 4G is expected to be available in the first quarter of 2011.

As one of the world's first 4G LTE smartphones worldwide, the HTC ThunderBolt from Verizon Wireless is a 4.3" screen with an 8-megapixel camera and DLNA capabilities implying that HD videos captured on-the-go are easily enjoyed in their native resolution.

Additionally, it has Skype connectivity embedded in the ThunderBolt. The company did not announce the pricing or availability for the HTC ThunderBolt.

(The author, on a sabbatical from Business Standard, is an MIT Knight Science Journalism Research Fellow 2010-11) 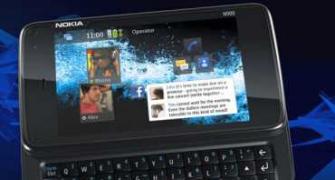 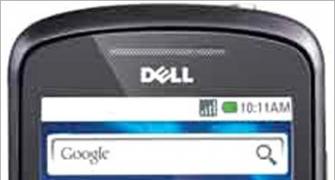 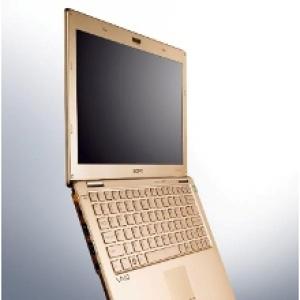 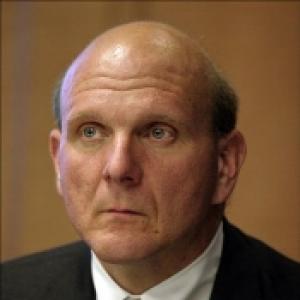