From paints to apparel and lifestyle majors, brewers, distillers and fragrance makers have stepped into the market, even as the frontline companies including FMCG players, pharma and healthcare majors were the first to seize the opportunity created by Covid-19. Biscuit major Parle Products has been quietly pushing its hand sanitiser brand under its flagship name Parle for a few months now.

The maker of glucose biscuits is an unusual player in the hygiene market.

But it isn't the only such company to have launched a hand sanitiser during the Covid-19 pandemic.

A whole set of new firms from paints to apparel and lifestyle majors, brewers, distillers and fragrance makers have stepped into the market, even as the frontline companies including fast-moving consumer goods (FMCG) players, pharma and healthcare majors were the first to seize the opportunity created by the disease.

Mayank Shah, senior category head, Parle Products, said that the launch of a hand sanitiser was part of the company's backward integration exercise.

"We are into food production and as part of this we process sugar.

"Ethyl alcohol or ethanol, which is used in hand sanitisers, is a by-product of this process.

"Since ethanol was available to us and we saw a clear need for hygiene products triggered by the pandemic, it made sense to foray into this category," he said.

Industry estimates are that the domestic hand sanitiser market, which, before the pandemic stood at Rs 60 crore in size, has now grown five times to touch Rs 300 crore in size, thanks to the entry of multiple firms.

At least 300 launches by organised and unorganised players have happened in the last few months, say experts, forcing the government to rein in makers of spurious products, introduce price controls and quality checks.

K Ramakrishnan, managing director, South Asia, Kantar Worldpanel, says he continues to see strong demand for these products as the threat of catching the virus remains.

"I don't see a significant drop in the demand for hand sanitisers at least for the next one year as the need to remain safe and maintain hygiene standards continues both at home and outside," he said.

But FMCG companies, who've been among the key drivers of the category, indicate that rationalisation is inevitable.

"There is already a fair degree of rationalisation that is happening in the hand sanitiser market in India.

"And this trend will continue over the next few months, with largely the serious players sticking on. The rest will exit," he said.

This point is endorsed by Mohit Malhotra, CEO, Dabur India, who says that margins have been falling sharply in the category.

"There is such a glut in the market that margins have come down for most players.

"We've cut back on production of hand sanitisers in keeping with market realities.

"My own assessment is that the category will evolve as hygiene habits undergo a change," he said.

Already, the accent on hand washing as a habit is growing versus hand sanitisation, say experts and FMCG company executives.

"At home, for instance, the preference for hand washing is far greater than hand sanitisation," says Sumit Malhotra, director, Bajaj Consumer, which launched a hand sanitiser in May under its Nomarks brand.

Kataria concurs, adding that hand washing has taken a big leap in terms of adoption over the last few months as personal hygiene gains ground.

"Hand sanitisers now are mostly consumed when travelling or when on the go," he says.

Shah admits that while consolidation within the domestic hand sanitiser market will happen, some second-rung players will continue to be there.

"We are here for the long term," he said.

"We have three pack sizes, including a 5-litre can, a 500-ml bottle and a 200-ml bottle, designed to ensure maximum consumption," he said.

The 5-litre Parle cans, for instance, are mostly refill packs, targeted at the institutional segment. 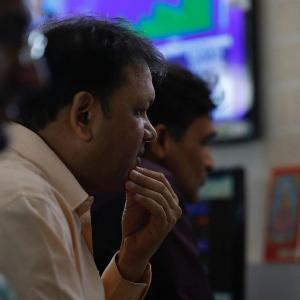