For directors in debarred cos, liability doesn't end

Under the Companies Act, all the rights of at least 300,000 disqualified directors cease to have any validity. 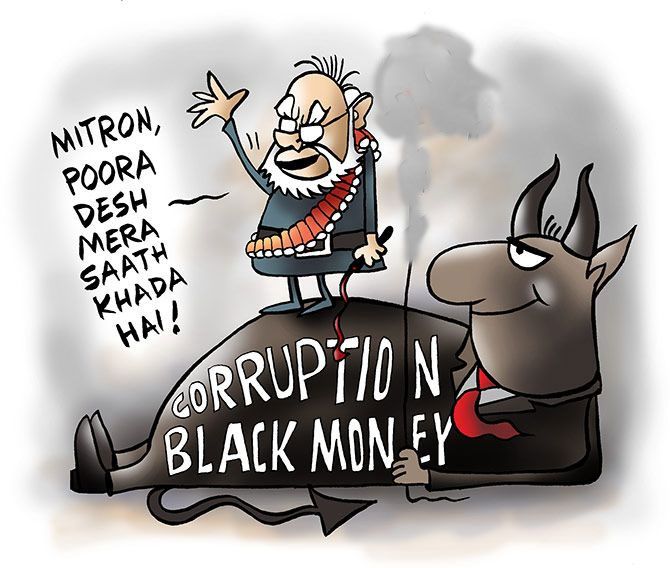 How has the government tightened the screws on illicit flow of funds through use of shell/inactive companies?

The ministry of corporate affairs has struck from the records the names of around 209,000 companies found to be without any business activity or those that have not filed financial statements for three years or more.

Subsequently, banks have been directed to freeze the accounts of these companies.

The directors or the authorised signatories of such companies have been restricted from operating company bank accounts.

Those who try to siphon money from company bank accounts could face imprisonment of up to 10 years.

The directors of debarred companies are disqualified from being appointed in any other company in that position. According to government estimates, at least 300,000 disqualified directors will be debarred in the process.

So what are the rights, obligations and liabilities of a director in a debarred company?

All the rights of a director under the Companies Act, 2013, cease to have any validity when the Registrar of Companies (RoC) strikes off a company.

However, this does not relieve the director from any liabilities.

“According to Section 248 (7) of Companies Act, the liability, if any, of every director of the company dissolved shall continue and may be enforced as if the company had not been dissolved,” says Sumit Naib, associate director, Nangia & Co.

According to Rabindra Jhunjhunwala, partner, Khaitan & Co, the director concerned will be accountable for mala fide or fraudulent actions and other contraventions and non-compliances during the directorship.

“The burden of proof then would be on the director concerned that he or she had acted in a bona fide manner and had taken all reasonable steps required towards that end,” he says.

Experts point out that even independent directors are equally liable for any act of omission by the company.

Is there a time frame till when restrictions on debarred companies and their directors last?

There is a process prescribed for revival of the companies struck off by the RoC.

This includes an appeal to the National Company Law Tribunal (NCLT) within a period three years.

The company can be revived if it is able to satisfy the NCLT while meeting all statutory obligations. The rights of the debarred directors on its board will accordingly be revived.

However, if a director has been disqualified under Section 164(2) of the Companies Act he cannot be appointed or reappointed in any company for the next five years from the date of disqualification.

This provision applies when the company concerned has not filed financial statements or annual returns for a continuous period of three financial years.

Failure of a company to repay deposits or redeem debentures or pay interest or dividend declared for one year or more also attracts disqualification for directors under this provision.

What are the legal remedies available to directors who are not involved in any fraudulent activity but have been debarred?

According to Jhunjhunwala, the only remedy at this stage is to approach the court for removal of disqualification arising out of being the director of a company that has been struck off by the RoC.

Experts point out that action under Section 164(2)(a) applies primarily to inactive companies that may or may not have conducted business.

“Mere inactivity and non-filing does not mean that a company is a shell company,” says Pallav Pradyumn Narang, partner, Arkay & Arkay.

The only possible remedy to remove such disqualification shall be for the company to comply and file its financials for the years in default, he says.

Such directors aggrieved by the order of the RoC can make an application with the NCLT within three years.

If in the opinion of the NCLT the removal is not justified, it may order restoration of the name of the company in the register of companies, say experts.

Does the Director & Officer Insurance provide cover to debarred directors in such a situation?

This insurance covers mainly the loss caused on account of mistaken actions taken by directors in their individual capacity.

“However, intentional illegal acts are typically not covered under such policies,” says Naib.

Experts point out that even if such an insurance policy covers instances of non-compliance, it is doubtful whether such a policy will be valid for a company that ceases to exist, following removal of its name by the RoC.

What are the legal lessons for companies and directors caught in the crossfire?

Experts point out that the directors of those companies that responded to the notice of the RoC for strike-off are not included in the list of defaulting directors. “Accordingly, companies receiving striking-off notices must ensure that appropriate and timely responses are sent to the RoC to avoid disqualification,” says Jhunjhunwala.

Narang feels that this will spur companies to complete their compliances should their directors wish to continue to hold board seats.