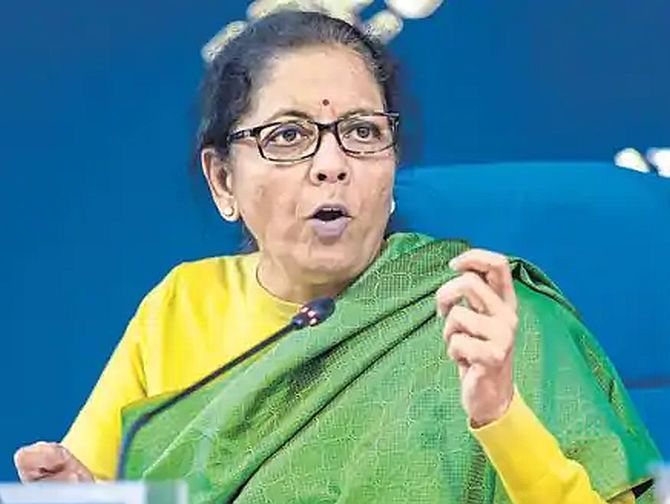 During a meeting with senior government officials to discuss the infrastructure roadmap, she also urged the ministries and their CPSEs to ensure clearance of Micro, Small and Medium Enterprises (MSME) dues at the earliest.

This was the fifth review meeting by the finance minister with ministries and departments on the infrastructure roadmap.

Capital expenditure (capex) plans of ministries and their CPSEs (Central Public Sector Enterprises), status of implementation of Budget announcements and measures to expedite infrastructure investment were discussed, according to an official release.

The ministries were also requested to aim to achieve more than their capex targets.

However, efforts from the budgetary side to increase the capital expenditure have to be complemented by the public sector enterprises, Sitharaman added.

Therefore, Sitharaman said ministries are to actively work on getting projects funded through innovative structuring and financing and provide all support to private sector for enhancing infrastructure spending.

Further, the minister asked the Department of Telecommunications (DoT) to expedite important projects and provide the benefit of high level data connectivity to all parts of the country, including aspirational districts.

The ministry of road transport and highways was asked to explore the possibility of enhancing connectivity in hilly regions and to expedite the implementation of vehicle scrapping facilities while the minister urged the Department of Atomic Energy to ensure timely achievement of initiatives announced under the Aatma Nirbhar Bharat Package (ANBP).

According to the release, Sitharaman also asked the secretaries of ministries to push expenditure on large important projects to ensure that the achievement is commensurate with timelines.

Ministries were also told to take up regular reviews of sector-specific projects with the concerned state governments for effective implementation of the same.