Issuing the clarification after Minister for Overseas Indian Affairs Vyalar Ravi brought it to his notice, Mukherjee spelt out what makes for a resident Indian.

"An individual doesn't become a resident Indian if he has not stayed for more than 60 days in any financial year. He will be a resident (Indian) only if he stays for 365 days or more in the four preceding financial years.

He said that for an overseas Indian to become a resident Indian the above two criteria should be fulfilled.

" Only when both these criteria regarding staying in India are followed will an individual be considered for taxation purpose in India," he added.

He further said that even if a person becomes a resident Indian in any particular year his global income does not immediately come up for taxation.

"His global income will only be taxable if he fails to satisfy other conditions one of them being the person staying in India for less than 730 days in the preceding 7 years," he said.

Earlier he explained the different stages through which the proposed direct tax code and double taxation code will have to go through before it gets Parliament's final approval.

"After going through the finance ministry this code will be sent for comments from various stakeholders and after making adjustments to it, it will be introduced in the Parliament. There it will go through the scrutiny of the relevant Parliamentary standing committee which will then give its report. After that we will have to look into all the provisions of DTC before we put it for the final approval of Parliament," he said.

He emphasized the fact that DTC is still in the stage of making and no final decision on this issue has yet been taken.

"This aspect will have to be kept in mind (by overseas Indians regarding their apprehensions about their global income being taxed twice)," he said. 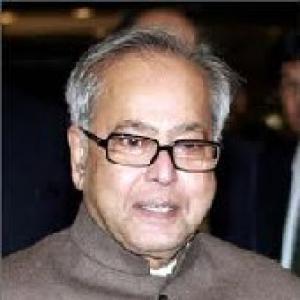