Financial bids for Air India will be invited soon: Puri

The government is looking at a new timeline for Air India divestment and financial bids will be invited in the coming days, Union minister Hardeep Singh Puri said on Friday. 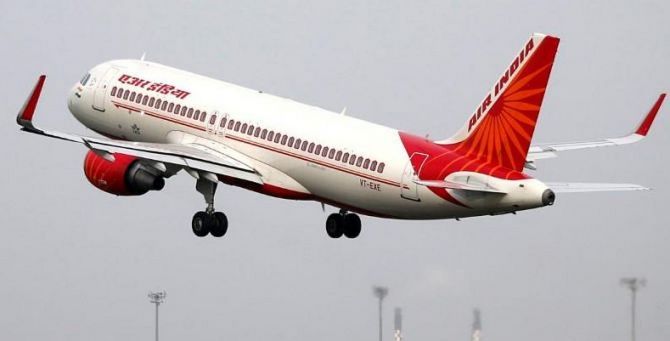 Noting that there is no choice but to either "privatise or close" Air India, he said the government will have to keep the airline running till it gets divested.

"After that it is the question of taking a decision and handing over the airline," the Minister of State for Civil Aviation said.

He was speaking at a session at the Times Network India Economic Conclave.

The government has started the process to sell its entire 100 per cent stake in Air India that has been in losses since it merged with Indian Airlines in 2007.

"...There is no choice, we either privatise or we close the airline. We run a loss of Rs 20 crore every day despite Air India making money now.

"Because the mismanagement has resulted in a cumulative debt of Rs 60,000 crore," Puri said.

"I don't have the capacity to keep going to Nirmala ji and say please give me some money," he said in an apparent reference to seeking funds to run Air India from the finance minister.

He also noted that earlier attempts at Air India privatisation were not successful because the attempts were half-hearted.

Puri also spoke about the domestic civil aviation sector, which is recovering from the impact of the coronavirus pandemic.

"If we had not seen the virus raising its ugly head again, I would have opened up domestic civil aviation 100 per cent by April 1 in the summer schedule... The total revival of the sector in terms of domestic aviation, opening up, has been delayed by 15-20 days," the minister said.

He also took a dig at the Congress for their criticism over privatisation of airports.

"I am talking about Confused Congress Politician (CCP).

"One of the better things they did was the privatisation of the two airports (Delhi and Mumbai) for which they can legitimately claim credit.

According to him, privatisation of Delhi and Mumbai airports resulted in revenues of Rs 29,000 crore for AAI (Airports Authority of India) between 2006 and 2020.

That is the money used to privatise Tier II and III airports.