With vehicular activity picking pace in May, toll collection also saw a huge uptick. Fastags posted an impressive jump of more above 400 per cent in transaction count at 55.17 million, and an over-300 per cent jump in value at Rs 1,142 crore.

Digital payments saw a revival in May, after the government granted some relaxation during the third and fourth phases of the lockdown, leading to a pick-up in economic activity.

April had witnessed a blip in digital payments, following the stringent lockdown.

Transaction value for UPI, at Rs 2.18 trillion, surpassed that for March at Rs 2.06 trillion, with the volume coming in a little short at 1.23 billion versus 1.25 billion.

April had seen the transaction count on UPI plummet to 0.99 billion and value to Rs 1.51 trillion.

Thus, May saw a jump of 45 per cent in value and 24 per cent growth in transaction count.

The transaction limit under IMPS and UPI is capped at Rs 2 lakh per transaction.

BBPS, an online bill payment system, also saw a revival with transaction count growing 30 per cent to 16.54 million in May, from 12.77 million in April.

Notably, the transaction count and value in May for BBPS was more than the numbers clocked in March, which saw a clampdown in economic activity for almost 10 days.

Fastags posted an impressive jump of more above 400 per cent in transaction count at 55.17 million, and an over-300 per cent jump in value at Rs 1,142 crore. 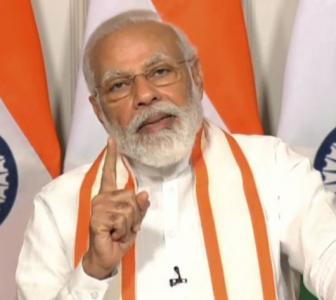