Observing that if people file an RTI query, they must know who the defaulters are, the bench asked the Reserve Bank of India (RBI) why the information on defaulters should be withheld 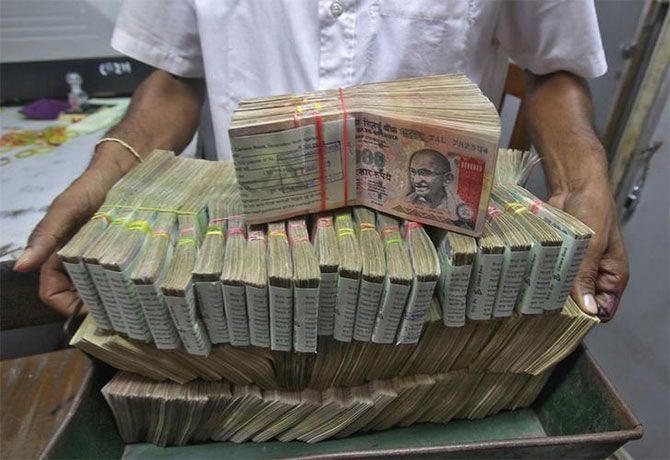 Only 57 borrowers have defaulted on bank loans worth a whopping Rs 85,000 crore.

The Supreme Court said this after perusing a report submitted by the Reserve Bank of India (RBI) about persons who have taken loans worth over Rs 500 crore and defaulted and asked the central bank why their names should not be made public.

The bench, also comprising Justices D Y Chandrachud and L Nageswara Rao, said if the bar was lowered below Rs 500 crore, then the default amount would cross over Rs 100,000 crore.

Observing that if people file an RTI query, they must know who the defaulters are, the bench asked the Reserve Bank of India (RBI) why the information on defaulters should be withheld.

"People should know how much money a person has borrowed and how much money he needs to pay back. The amount payable should be known to public. Why should you withhold the information," the bench said.

Counsel appearing for the RBI opposed the suggestion and said that not all defaulters were wilful. The central bank says it is working in the interest of banks and names of defaulters cannot be made public as per the statute, he said.

Advocate Prashant Bhushan, appearing for NGO Centre for Public Interest Litigation (CPIL), favoured disclosure of the outstanding loan amount and cited an apex court verdict of December 2015 to claim that RBI has to provide all information.

The bench said it will hear on October 28 the matter on the aspect of disclosure of names of defaulters.

The apex court had earlier expressed concern over the growing amount of loans not being returned and said "people are taking thousands of crores and running away by declaring their companies insolvent, but poor farmers who take small amounts of Rs 20,000 or Rs 15,000 suffer."