News
Business
Movies
Sports
Cricket
Get Ahead
Money Tips
Shopping
Sign in  |  Create a Rediffmail account
Rediff.com  » Business » Fate of one of the largest bridges in South Asia hangs in limbo

After the World Bank (WB) pulled out of a $ 1.2 billion loan to Bangladesh for the construction of the Padma Bridge project, one of the largest bridges of South Asia, while alleging corruption against Bangladesh government officials, the Asian Development Bank (ADB) is also about to follow suit by withdrawing their funds of $ 615 million for the total cost of $ 2.9 billion.

With almost $ 1.815 billion out of the fund's bucket for the bridge, the fate of Bangladesh's most important bridge has now become uncertain. In a desperate attempt to maintain face, Sheikh Hasina, the prime minister of Bangladesh, assured at the national parliament on July 4 that the Bangladesh government will build Padma bridge with its "own funds, if necessary".

A day after the PM's take on the Padma Bridge project and the World Bank's involvement in it, Bangladesh Insurance Association (BIA) expressed interest to invest around Tk 110 billion ($ 1.3 billion) for the Padma bridge project.

"The government has talked about building the bridge on its own. That's why we want to invest in this project which is very important for the country's economy. If the government agrees, we'll invest," said BIA Chairman Sheikh KabirHossain. The BIA chairman said that from nearly $ 1.94 billion of all the 62 insurance companies in Bangladesh, they can invest around $ 1.3 billion into the project.

Earlier, on July 4, while rejecting WB's allegation of corruption in selection of the consultants for the project, Hasina reasserted that actions will be taken against the guilty, if charges of corruption against them are proved.

Hasina, while responding to a supplementary question from an independent lawmaker on Wednesday at the parliament, said following the World Bank's fund cancellation, she already had a meeting with the Bangladesh Bank Governor, the Economic Relations Division and Finance Secretary regarding funding of the project, where she "discussed with them how the construction work of the project can be started on our own fund".

She added, "The World Bank has cancelled its funding. It's their will anyway. Others (donor agencies) can follow suit. We've a population of 160 million and 8 million expatriates to build the bridge."

Besides the WB's International Development Association (IDA) credit and ADB's $ 615 million, Japan International Cooperation Agency (JICA) and Islamic Development Bank (IDB) had also approved $400 million and $140 million respectively for the $ 2.9 billion project. The remaining sums were to be paid by the Bangladesh government.

The project is of importance to Bangladesh as it would connect the South-west part of the country where 25% of the total population resides, to other parts of the nation. The bridge, once complete, is also set to improve regional transportation and logistics within the Indian subcontinent.

Despite all the loan agreements signed by 2010, problems began in September 2011, when the World Bank suspended their funds alleging corruption in the bidding process. As the construction work was supposed to be initiated from October last year, Bangladesh government tried to resolve the crisis.

WB suspended the loan based on a referral to a case filed by the Royal Canadian Mounted Police (RCMP) against the Canadian engineering firm SNC-Lavalin where it was mentioned that the firm gave kickback to SAHCO, a firm of Syed AbulHossain, former communications minister and present Information and Communication Technology (ICT) minister of Bangladesh, to win pre-qualification as a bidder for works in the project.

While continuously denying WB allegations, Bangladesh government asked for proof from the WB. It also asked its Anti-Corruption Commission (ACC) to investigate the allegations. The commission concluded its investigation in February this year finding no evidence of corruption in the Padma bridge project. The ACC also declared the allegation against former communications minister Syed AbulHossain for taking money to favour a firm in the preliminary process, false.

Prior to this, in December 2011, the Bangladesh government reshuffled its cabinet ministers in a bid to secure the loan. Awami League's presidium member ObaidulQuader replaced Syed AbulHossain as communications minister while the latter was shifted to the Ministry of Information and Communications Technology. The government replaced some officials who were also part of the project.

Even then, WB in a statement issued on June 29 said, "The World Bank provided evidence from two investigations to the Prime Minister, as well as the Minister of Finance and the Chairman of the Anti-Corruption Commission of Bangladesh (ACC) in September 2011 and April 2012. We urged the authorities to investigate this matter fully and, where justified, prosecute those responsible for corruption."

In reaction to the cancellation of the fund, the Bangladesh government has said that the WB decision is "unacceptable" and "humiliating" to the entire nation of Bangladesh.

After taking office on July 3, new president of the World Bank Jim Yong Kim, while talking about the Padma Bridge withdrawal said, "I think it was appropriate."

"We are very concerned about the well-being of the poorest people in Bangladesh. But what I must stress is that, the bank's position is that it does not tolerate corruption," he was quoted as saying by various media on July 3.

Exactly a day after the cancellation was declared by WB, the July 16 issue of Forbes magazine, released online, raised its eyebrows toward the World Bank, inadvertently providing some ground to Bangladesh's incumbent government to stand on.

In a story headlined "World Bank Mired In Dysfunction: Mess Awaits New Head", Forbes reveals a history of the WB's own mess over the past decades while terming the Bank one of the "most dysfunctional" institutions of the world.

The piece listed the nature of problems of the bank as philosophical, structural and cultural. The report said while its leaders have lacked vision, corruption has crept in.

The report was released ahead of Jim Yong Kim's takeover as the president of the institution on July 3.

The magazine said, "It is an endlessly expanding virtual nation-state with supranational powers, a 2011 aid portfolio of $57 billion and little oversight by the governments that fund it." Though it is an institution of 188 member countries but the United States has clear influence over it, for example the American authority decides who will be the president of the bank.

Joseph Stiglitz, the former chief economist of the World Bank and also a Nobel laureate said the Bank is itself ridden with corruption and thus needs comprehensive reforms.

During her July 4 parliament speech, Hasina urged all to go through the Wall Street Journal and Forbes Magazine to know about the World Bank's corruptions.

Besides citing corruption in infrastructure projects during the tenure of the past BNP-led four party alliance government from 2001 till 2006, Hasina alleged that the World Bank had proposed the name of a company as the consultant to the Padma Bridge project. "They had sent us letters thrice. Our special committee found that the company was fake. If it's a fact, how was corruption committed in the project?" she asked.

She reasoned that even though the WB did not release any money for the earlier committed loan, they are still making allegations of corruption without providing evidence.

She said the governments of many countries including Malaysia and many international agencies were interested in building the bridge under Public Private Partnership and under the Build-Own-Transfer basis. "Whatever decision we make, public interests will be given priority," she assured.

With just a year and a half left before the 10th national parliamentary elections in Bangladesh, the Padma Bridge project still remains elusive to the incumbent Awami League-led grand alliance government of the nation. The project was one of the top pledges in the AL manifesto during the ninth national parliamentary elections of Bangladesh in 2008, which the grand alliance had won by a landslide. 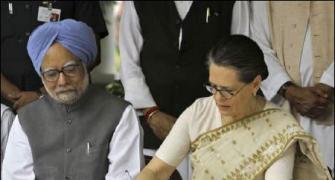 Sonia's carte blanche to PM; but hurdles still remain
TAPI pipeline: Not a done deal, yet 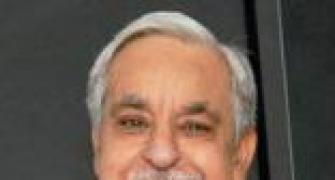 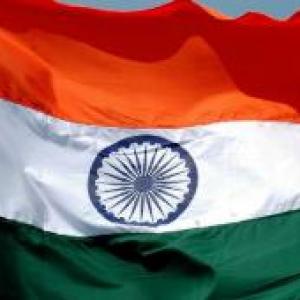 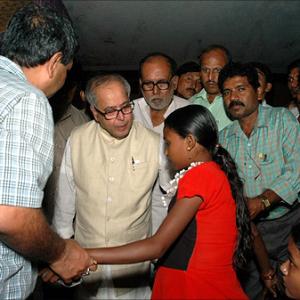