The output of eight core infrastructure sectors grew marginally by 0.1 per cent in January, mainly due to growth in the production of fertiliser, steel and electricity. 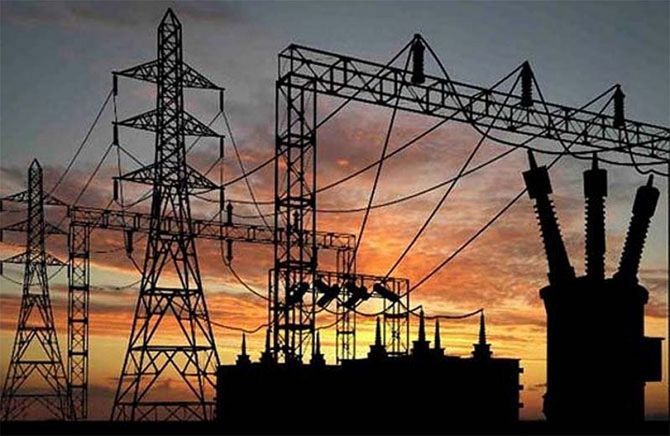 The core sectors had expanded by 2.2 per cent in January 2020, according to the provisional data released by the commerce and industry ministry on Friday.

However, the output of fertiliser, steel and electricity in January grew by 2.7 per cent, 2.6 per cent and 5.1 per cent, respectively.

During April-January 2020-21, the sectors' output declined by 8.8 per cent against a growth rate of 0.8 per cent in the same period of the previous year. 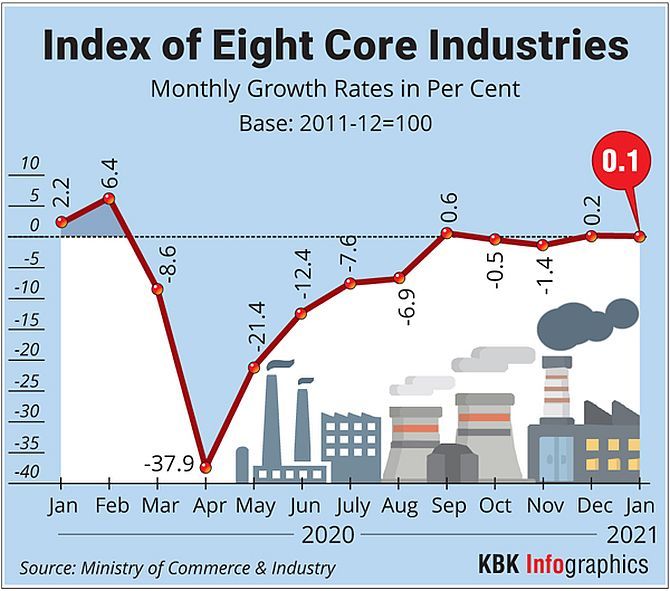 The eight core industries constitute 40.27 per cent of the Index of Industrial Production.

These core sectors have recorded a growth of 0.2 per cent in December 2020.

Commenting on the numbers, Icra Principal Economist Aditi Nayar said that based on the available data for the core sector, merchandise exports and auto output, "we project the growth in the Index of Industrial Production to remain subdued at 0.5-1.5 per cent in January 2021".

While steel output has expanded at a steady pace for the second consecutive month, the pace of contraction in cement production eased in January 2021, she added.