The case pertains to the sale of NTC land in upmarket Worli area of Mumbai to a private Kolkata-based firm for a meagre Rs 29.35 crore when Vaghela was the minister for textiles 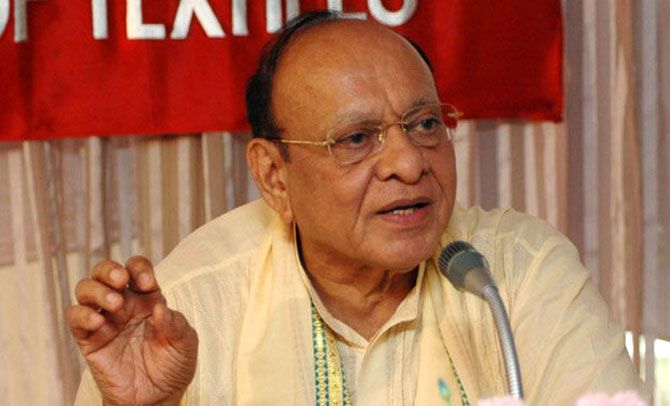 The Enforcement Directorate has booked former Union Minister Shankarsinh Vaghela and some others on charges of alleged money laundering in connection with sale of a prime National Textile Corporation (NTC) land in Mumbai which reportedly caused a loss of Rs 709 crore (Rs 7.09 billion) to the exchequer.

The Central Bureau of Investigation had filed a criminal case of corruption last year taking cognizance of which the Enforcement Directorate has now registered an offence under the provisions of Prevention of Money Laundering Act (PMLA).

Officials said the agency has worked on the case after gathering inputs from the CBI and other agencies and also identified the "proceeds of crime" created by the accused.

They said Vaghela, a former Gujarat chief minister, and others named in the first information report will soon be summoned for questioning.

The case pertains to the sale of NTC land in upmarket Worli area of Mumbai to a private Kolkata-based firm for a meagre Rs 29.35 crore when Vaghela was the minister for textiles.

CBI had alleged that the accused entered into a criminal conspiracy and transferred the land in a wrongful manner, for a total consideration of Rs 29.35 crore (approx), whereas its actual value was much higher, causing an alleged loss of Rs about 709.27 crore to the government exchequer.

It was alleged that during the United Progressive Alliance rule, Vaghela, who moved from Bharatiya Janata Party to the Congress, had overruled recommendations of officials of his ministry suggesting that NTC must make a detailed evaluation of the land before the nod for transferring it to the private company was given.

CBI had registered its FIR under IPC sections related to criminal conspiracy and cheating and provisions of the Prevention of Corruption Act concerning criminal misconduct.

Besides Vaghela, currently the Leader of Opposition in the Gujarat Legislative Assembly, those named in the CBI FIR included the then chairman-cum-managing director of NTC K Ramachandran Pillai, its then director (technical) R K Sharma, senior manager (Legal) M K Khare and a Kolkata-based private firm and its director.