Kapoor, 62, and the Wadhawans were arrested by the agency in this case early this year and they are in judicial custody at present. 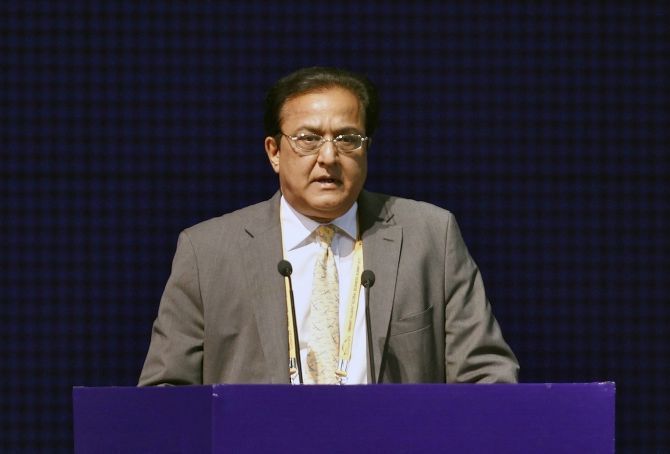 Assets, including flats in London and New York, with a market value of Rs 2,800 crore of Yes Bank co-founder Rana Kapoor and the Wadhawan brothers of DHFL company have been attached in connection with the Yes Bank money laundering case, the Enforcement Directorate said on Thursday.

The central probe agency said it has issued a provisional order, under the Prevention of Money Laundering Act (PMLA), for attachment of properties worth Rs 2,203 crore but the "present market value of these assets is more than Rs 2,800 crore".

"The assets include immovable properties in India and abroad, bank accounts, investments, luxury vehicles, among others," it said.

"These assets belong to Rana Kapoor, Kapil Wadhawan and Dheeraj Wadhawan and the entities controlled by them," the ED added.

Kapoor, 62, and the Wadhawans were arrested by the agency in this case early this year and they are in judicial custody at present.

Kapoor's frozen assets include a bungalow (no 40) located at the upmarket Amrita Shergill Marg in Delhi that is worth Rs 685 crore, an independent residential building 'Khursidabad' at Cumbala Hill in south Mumbai, three duplex flats at Napean Sea Road in Mumbai, a residential flat in NCPA, Nariman Point and eight flats in India Bulls Blue in the Worli area of Maharashtra's capital city, the ED said.

"These attached assets relating to Rana Kapoor and linked entities have a total value of Rs 792 crore but their present market value is Rs 1,400 crore," the agency said.

In the case of Dewan Housing Finance Corporation (DHFL) promoter brothers Kapil and Dheeraj Wadhawan, the value of the attached properties is Rs 1,411.9 crore that includes a dozen flats in Khar (West) area of Mumbai, a flat in New York, two flats in London, two land parcels in Pune and nearby Mulshi, a commercial property in Australia, five luxury vehicles and 344 bank accounts, the ED said.

The agency had filed a PMLA case against the three men early this year and has accused Kapoor, his family members and others of laundering proceeds of crime worth Rs 4,300 crore by receiving alleged kickbacks in lieu of extending big loans through their bank that later turned into non-performing assets (NPA).

An alleged dubious link between Yes Bank and DHFL is under the ED's probe scanner.

"During April-June 2018, Yes Bank Limited had invested Rs 3,700 crore in short term debentures of DHFL, a company belonging to the Wadhawans, for which kickback of Rs 600 crore was paid to Rana Kapoor and his family members in the garb of loan," the ED alleged.

"In addition, Yes Bank had also sanctioned a loan of Rs 750 crore to a RKW Developers group company beneficially owned by the Wadhawans and their family members for their Bandra Reclamation Project in Mumbai but the whole amount was siphoned off by the brothers through their shell companies and was never used for the declared purpose," the probe agency has alleged.

The Amrita Shergill Marg property attachment stems from another money laundering FIR lodged by the ED, on the basis of a Central Bureau of Investigation (CBI) complaint, against Rana Kapoor and Avantha Group promoter Gautam Thapar.

"The (CBI) FIR alleges that Rana Kapoor, then MD and CEO of Yes Bank Ltd, obtained illegal gratification in the form of a property in a prime location in Delhi at much less than the realisable market value belonging to Avantha Reality Ltd for sanction of a loan to ARL and for extending concessions, relaxations and waivers in the already existing credit facilities provided to Avantha Group companies and for advancing new and additional loans to them by Yes Bank Ltd," the ED said.

The agency earlier had attached bank deposits to the tune of Rs 115 crore of various Rana Kapoor companies and had seized jewellery worth Rs 22.87 crore and seven expensive cars worth Rs 12.58 crore belonging to the Wadhawan family.

Corporate bosses like Anil Ambani and Essel Group chairman Subhash Chandra have been questioned by the agency in the past.

The ED also filed a charge sheet in this case in May and a supplementary complaint is soon expected to be filed before a special PMLA court in Mumbai.