The state has allowed industrial units in special economic zones (SEZs) to lay off workers without government’s sanction, regardless of the number of workers The home state of Prime Minister Narendra Modi has had a distinct way of implementing labour reforms than that endorsed by the Centre.

One area where this distinction is visible is the retrenchment clause for factories with less than 300 workers, which has been supported by the Centre and adopted by Rajasthan.

The state of Gujarat, on the other hand, has continually stated that it has no plans to work on that front.

“We are conscious of the existing struggles and rights of industrial workers and would like to work towards them and not against them,” said a senior state government official in the labour department of Gujarat government.

While it has steered clear of the controversial step, Gujarat's efforts can at best be termed partial.

This is because the state has allowed industrial units in special economic zones (SEZs) to lay off workers without government’s sanction, regardless of the number of workers.

At the same time, the state also increased wages of retrenched workers from 45 days earlier, to 60 days.

That was part of the major labour reforms that Gujarat introduced in 2015, when its Labour Laws Amendment Act was passed by the then President Pranab Mukherjee.

Legal experts, however, have lauded Gujarat’s efforts to empower worker's through some amendments such as the Employees Compensation Act.

One of the amendments has been to allow a nominated government official to apply for the compensation of a worker in case the latter has suffered a fatal injury or partial disability at the workplace after 90 days from the date of accident.

Earlier, only workers or their dependents were allowed to seek compensation.

This has been welcomed by Prof Asha Verma of Gujarat National Law University, who specialises in labour laws.

"Such steps by Gujarat are in consonance with the International Labour Organisation (ILO).

"It also brought in an amendment in the Minimum Wages Act 1948 where payment was earlier made in cash or kind and there was no cap on employees.

"But now, in an establishment that has 20 or more employees, payment has to be made directly into the employee's bank account. This ensures transparency," Verma told Business Standard.

According to Verma, another worker-friendly step has been the amendment in the definition of the word 'employer' under the Minimum Wages Act.

"Earlier, outsourcing agencies were not included under the definition, but now they are.

"This means that even contractors will be regarded as employers and will have to pay minimum wages, bringing a huge relief for contractual workers," Verma added.

On the flipside, the amendment sought to give powers to the government to prohibit strikes in public utility services in the first instance, by increasing the period of prohibition from the existing six months, to one year, and subsequently to not more than two years.

It also scaled down the period a worker could fight his case against the industry.

Under the amended law, an industrial worker now gets only a year to make an application against his dismissal, discharge, etc, raising an "industrial dispute" to the labour court or tribunal, as against the earlier window of three years.

Further, in accidental cases, the government can also now be a pleader in case the victim has not moved the Labour Commission within 90 days, and mediate an out-of-court settlement with a maximum compensation of Rs 21,000, of which 25 per cent will go to the government.

Gujarat also implemented a compulsory certification-cum-consolidated annual return scheme for factories, by doing away with the need to submit a large number of annual returns as prescribed under various labour laws.

However, for checks and balances, regular audit of such industries was included under which units that complied with the labour standards were exempted from inspections.

What this meant was that unlike before, where criminal cases were filed in courts for violation of labour laws and took years for disposal, the government enhanced the fine but allowed out-of-court settlements.

However, what was intended to help the ease backlog of court cases by the ruling BJP government by bringing in the 'out-of-court settlement', has been criticized by the Congress party.

According to Manish Doshi, spokesperson for Gujarat Congress, the amended laws have ended up as a licence to owners to get away by paying the fine.

Earlier, owners were afraid of violating labour laws as that would be treated as a criminal offence.

“This has led to lesser power for the workers and more power to the industrialists," he said.

An estimated 15 million industrial workers are employed in Gujarat.

Meanwhile, in terms of recent labour reforms, after the Centre, Gujarat also followed suit, with the state assembly this year approving reduction in number of registers to be maintained under various labour laws from 50 to 5. 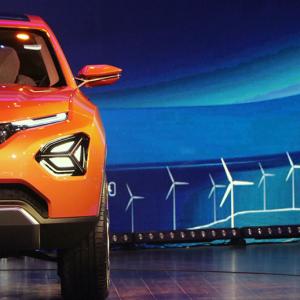