Dow chief not a part of Obama's biz delegation 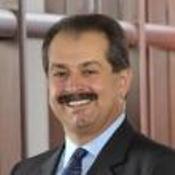 As Air Force One landed in India's financial capital with promises of bonding between the United States and the country in many sectors, one of the key people missing from Barack Obama's 200-member business delegation was, The Dow Chemical Company chief.

The company said that though CEO Andrew Liveris was unable to join the Obama team, it hoped that the focus of the two countries would be on maintaining a positive commercial relationship.

Business and political communities in both countries were keenly waiting to see Liveris in the team as Dow owns Union Carbide Corporation, which was alleged to be responsible for the Bhopal gas tragedy.

"We hope that maintaining the positive commercial relationship between the two countries would be a key outcome of the visit and that is certainly a goal of Dow's," said Scot Wheeler, the company spokesperson.

Obama arrived in Mumbai for a three-day visit on Saturday, which will see some of the big-ticket deals India has ever seen - covering economy, security and political spheres.

On the firm's stand, if Bhopal issue would be discussed between the two countries, Dow spokesperson Scot Wheeler said, "We are not aware of the discussion agenda of the respective governments."

He added, "Since Dow did not acquire the stock of Union Carbide until 17 years after the tragedy and never owned or operated the facility where the tragedy took place, there is no justification - legal or otherwise - in holding Dow responsible for events surrounding Bhopal." Keeping the onus on Indian authorities, the firm said that the solution rests in the hands of the Central and state government.

The tragedy - which happened on 1984 at the Union Carbide unit in Bhopal - is considered to be one of the world's worst industrial catastrophes that claimed over 15,000 lives and left millions affected.

According to Dow Chemical, it acquired the shares of Union Carbide more than 10 years after the $470-million settlement agreement  paid by Union Carbide Corporation and Union Carbide India.

Regarding claims by the Opposition parties to seek more compensation from the company, he said, "It was an accident of immense nature and we have sympathy for the plight of those who are victims of the tragedy and agree that unresolved issues do need to be addressed.  However, a desire by some to attach responsibility or liability to Dow is misdirected, as Dow had no involvement at all with the Bhopal tragedy."

Though the firm washed its hands of the responsibility of the Bhopal tragedy, political parties in India and the victims of the tragedy are in no mood to tone down their protests.