Don't have Aadhaar? Use 0s, 1s instead to file taxes! 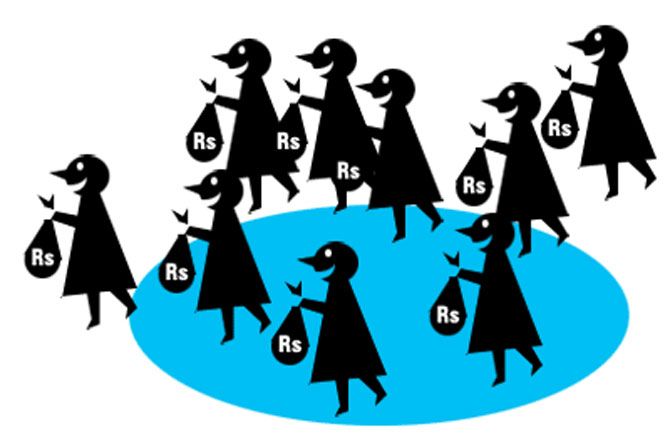 Even as the government is on an overdrive to get people to link their Aadhaar number with the income tax (I-T) department while filing returns, some of those without the unique identification number have managed to find a loophole in the system.

They say they have been able to file tax returns by putting in all 0s or 1s instead of the 12-digit Aadhaar.

The drive to link Aadhaar with I-T returns started in July last year.

Central Board of Direct Taxes had issued a circular, making it mandatory to provide Aadhaar or the enrolment number with IT returns for everyone who was eligible for the unique identification number.

The same condition applied for those applying for the permanent account number, too.

However, many still do not have an Aadhaar card and are holding out till the Supreme Court provides its judgement on the constitutionality of Aadhaar, in an ongoing case.

Some of these people discovered they could just key in 0s or 1s and the tax returns were filed successfully.

“I don’t have an Aadhaar number and I was unable to file returns because of that but then I discovered that keying in 1s works as well,” said Shirsendu Karmakar, an engineer in Darjeeling who filed his return in September last year through the ClearTax platform.

Karmakar added that it was after he tweeted publicly that he couldn’t file his returns that representatives from ClearTax called to tell him about this workaround.

“I didn’t know it was possible and I am glad I was able to file without Aadhaar.

"I am waiting for the SC decision before applying for one, as I really don’t want to get it if it’s not really necessary,” he said.

Karmakar is not the only one to have filed tax returns this way.

Business Standard reviewed the returns of two other people who managed to file their taxes by putting in all 0s in the Aadhaar field on the I-T department’s website.

“It works sometimes; at others, it does not. I got lucky and was able to do it by putting all 0s and checking the ‘link Aadhaar later’ box when prompted to link,” said a professor at one of the national science universities, on condition of anonymity.

He filed his return as recently as this Sunday.

Another person from Mumbai, who identifies himself as an activist, was able to file his return the same way in August last year.

“I don’t have an Aadhaar and I don’t want to apply for it. Aadhaar is not required to pay taxes but is only required for the paperwork, which has nothing to do with the Consolidated Fund of India. So, it’s unconstitutional,” he said.

“I’d prefer to keep my data to myself - the government is using Aadhaar for surveillance over people, by tracking their monetary activities and using the data to target individuals’ right to privacy.”

Even as some people have decided to not link their Aadhaar just yet, the fact is March 31 is the final deadline to link it with services such as mobile phones and gas connections.

The SC judgement on the case is yet to arrive but people have strong arguments against linking Aadhaar to their tax returns.

Arguing from the petitioners' side on Wednesday, lawyer Arvind Datar stated claims of Aadhaar being foolproof do not hold and raised this very issue -- of people being able to file returns by putting in 0s instead of Aadhaar numbers.

Unique Identification Authority of India, which operates the Aadhaar project, declined to comment.

An official from the Authority, however, said UIDAI had nothing to do with loopholes in I-T department systems.

Another I-T official refused to be named but said the department had issued a waiver notification for those who were not eligible for an Aadhaar number.

Even so, there is no clarity on how this loophole could be working for those eligible and having a number.

“We have put strong systems in place and the exemption was only supposed to be for those who don’t have to legally get an Aadhaar number.

"But, if it’s happening for other people, too, there is a problem that we will need to look into,” the official said. 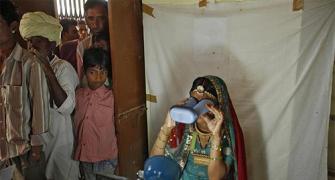 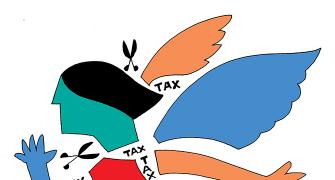