In a move that may boost the Indian hydrocarbon industry and bring more investments into the sector, the Union Cabinet on Wednesday decided to give marketing freedom to domestic crude oil producers, allowing them to sell petroleum to any company in the local market. 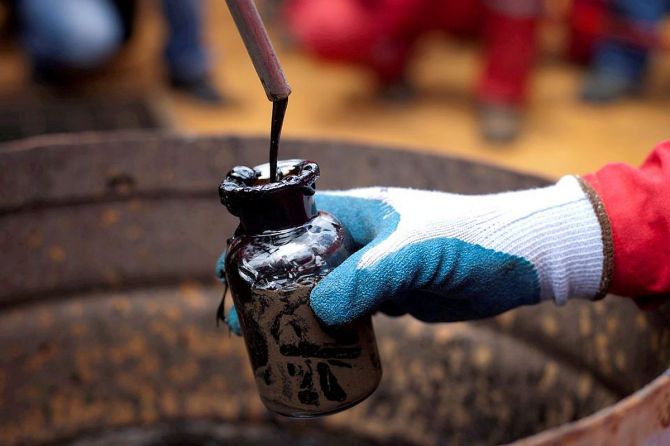 The move is set to be beneficial for major crude oil producers, such as state-run Oil and Natural Gas Corporation (ONGC) and Oil India, and private sector majors like Vedanta’s Cairn Oil and Gas and Reliance Industries.

As of May 31, India was dependent on imports for 86 per cent of its crude oil consumption; domestic production sufficed the remaining 14 per cent demand.

Though marketing freedom is given by the Union Cabinet, these companies shall not be allowed to export crude oil.

Earlier, based on production sharing contracts (PSCs), companies were only allowed to sell crude oil to the government or its nominee or government companies.

"This will help increase revenue for the government.

"This decision will attract many national and international companies to do exploration and production in India.

"We are committed to make a $4-billion investment and contribute to 50 per cent of India’s domestic hydrocarbon output," said Anil Agarwal, chairman of Vedanta.

Anish De, global sector lead, power and utilities, KPMG, and national leader, energy, natural resources and chemicals, KPMG India: “Given that we are an importing nation, marketing freedom practically means no impact on the exchequer.

"Earlier, who would get how much crude was determined by the government.

"Now, producers will get the commercial freedom to decide the buyer.”

According to a government statement, this move shall ensure marketing freedom for all exploration and production (E&P) operators.

“The condition in PSCs to sell crude oil to the government or its nominee or government companies shall accordingly be waived off.

"All E&P companies will now be free to sell crude oil from their fields in the domestic market,” it said.

Government revenues like royalty and cess will continue to be calculated on a uniform basis across all contracts.

According to industry experts, this decision should help attract investments into the sector and may lead to the introduction of exchanges and also e-auction of domestic crude in the longer run.

“We welcome the move. This should mostly benefit ONGC and OIL.

"So far, crude oil was a buyer-dominated market -- once volume was allocated, pricing power used to be minimal for the seller.

"We may see new trends like e-auction because of this,” said P Elango, managing director of Hindustan Oil Exploration Company (HOEC).

The latest decision would mean that crude oil from the New Exploration Licensing Policy (Nelp) and Pre-Nelp regimes would also have the privilege of marketing and pricing freedom. In 2021-22, India’s domestic crude oil production was 29.7 mt, while the import was around 212 mt.

“This decision will further spur economic activities and incentivise making investments in the upstream oil and gas sector.

"It builds on a series of targeted transformative reforms rolled out since 2014.

"The policies relating to production, infrastructure, and marketing of oil and gas have been made more transparent with a focus on ease of doing business and facilitating more operational flexibility to operators/industry,” the government statement added.