The ‘buy-now, pay-later’ (BNPL) juggernaut continued to roll on during the festive season with multiple players seeing disbursals grow by more than 100 per cent compared to Diwali last year. IMAGE: A priest places leaves on record-keeping books as part of a ritual to worship Lakshmi, the goddess of wealth, during Diwali.Photograph: Amit Dave/Reuters

LazyPay, the BNPL platform of Prosus-owned payments major PayU, witnessed a credit demand increase of 300 per cent over the festive season last year, especially in segments like travel, food & beverages and entertainment.

“We also saw an uptick of 70 per cent in user acquisition in the last two months.

"Around 60 per cent of the demand is from tier-2 and tier-3 cities, specifically outside of the top 10 cities in India.

Uni, a BNPL company started in June this year by PayU founder Nit­in Gupta and Prateek Jindal, former CEO of Ola Financial Ser­vices, saw more than 100 per cent increase in transactions, both in terms of volumes and value during the festive season.

“We are currently doing over Rs 100 crore of mon­thly disbursals and the peak spend per day in the season was 200 per cent higher than the average,” said Jindal.

For some, the month of October was a boon.

"In October alone, we crossed the gross merchandise value we did in the entire festive season last year.

Goldman Sachs and Xiaomi are among their investors.

However, it is not just pure-play for Fintech start-ups who are riding high on the BNPL fervour.

In Sept­ember, ahead of the festive season, Flipkart had raised the credit limit of its pay later service from Rs 10,000 to Rs 70,000 which a customer can pay back as equated monthly instalments over a period of 12 months.

This led to nearly a 4X jump in the number of transacting customers using Flipkart Pay Later and over 1 million customers opted for the facility for their purchases during the Big Billion Days sale, a company spokesperson told Business Stan­dard.

“India is traditionally a credit averse market and the pandemic’s impact has increased reliance on credit solutions.

"Access to credit is a key unsolved need for Indian customers who want to manage their expenses, while also fulfilling their aspirations,” the spokesperson said.

Amazon, which also has its pay later service, did not respond to queries on its pay later service’s performance. Fintech unicorn Bharat­Pe, which launched its BNPL platform PostPe in early October, saw average daily disbursals grow 2X to Rs 6 crores after the first two weeks.

Suhail Sameer, CEO of BharatPe, said that transactions through its platform was across sectors.

“The top spends were in categories like cabs, QR transactions for groceries or small retailers as well as electronic purchases - these witness a spike during the festive season.

"We expect the numbers to stay steady post festive season as the awareness for the product has grown manifold in the last one month,” Sameer explained.

The party continued for many more. Another BNPL start-up, Sim­pl, recorded increased transactions on purchases like cosmetics and food delivery.

“Another interesting trend this Diwali has been that the larger share of the BNPL growth has been due to purchases on direct-to-commerce platforms rather than the e-commerce biggies like Flipkart and Amazon,” Nitya Sharma, fou­nder and CEO of Simpl, pointed out.

Sharma said that the platform was seeing average disbursals of Rs 125 crore and three million transactions monthly before the festive season, which grew 100 per cent month on month in October.

Mrigank Gutgutia, associate partner at Redseer Consulting, said: “The current size of the BNPL market is $2-3.5 billion (in terms of disbursals) in India depending on which types of models are considered. It is expected to grow 15X (or 68 per cent on compound annual growth rate CAGR) to reach $40-50 billion in the next five years in the aggressive scenario and at least $30 billion on the moderate side.”

Ezetap, a payments company which integrates BNPL with point-of-sales machines and at the checkout of ecommerce platforms, said it recorded a 73 per cent increase in volume of pay later transactions, and a 136 per cent rise in value of transactions during the festive season this year compared to 2020. 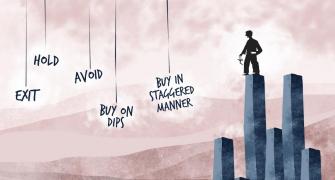 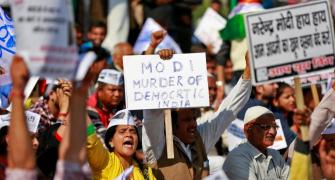