The model or average price for a kg of onion was Rs 6 on Monday -- the lowest in this late kharif and rabi harvesting season, so far. While poorer quality kharif onions traded at Rs 3 a kg, the price of export quality was Rs 9 a kg. Fearing their onion stock may get spoiled owing to the low shelf life of the late kharif variety and the demand disruption caused by the nationwide lockdown, farmers in Maharashtra’s Nashik district are selling their produce at a loss -- for as low as Rs 3 a kg against the cultivation cost of Rs 6 a kg.

With the benchmark Lasalgaon mandi remaining closed for the past four days after the entire Nipad taluka was quarantined following Covid-19 cases there, farmers in the district are queueing up at the nearby Vinchur mandi.

The model or average price for a kg of onion was Rs 6 on Monday -- the lowest in this late kharif and rabi harvesting season, so far. While poorer quality kharif onions traded at Rs 3 a kg, the price of export quality was Rs 9 a kg.

According to traders, onion demand has fallen 30-40 per cent since the lockdown on March 25 forced the temporary closure of hotels, restaurants and roadside eateries.

“Farmers are in a hurry to sell onion, especially of the late kharif variety, fearing spoilage. With most market yards closed, farmers have pushed their supply to the Vinchur agricultural produce market committee (APMC). As a result, the model onion price has fallen to as low as Rs 6 a kg,” said Narendra Wadhvane, secretary, Lasalgaon APMC.

Total arrivals of onion at the Vinchur mandi jumped unusually high -- at 2400 tonnes -- on Monday. This was almost twice the usual daily arrivals.

Though transportation of onion, which is an essential commodity, is allowed, movement of the vegetable remains highly restricted.

Also, exports have come to a standstill because of fewer overseas orders. According to experts, exports are likely to remain subdued as major importing countries, too, are battling the pandemic.

“Onion prices have declined sharply over the last few days. Also, there is a bumper output in Nashik, which feeds onion to the entire country,” said Arun Kale, secretary, Nashik APMC.

In retail, onion is selling currently at Rs 30 a kg because of weak supply. Also, the impact of the latest price decline will be seen in the retail market in 7-10 days.

Onion farmers are currently passing through distress because they are not able to recover even the cost of cultivation. The cost of onion cultivation stands at Rs 5.50-6 a kg in most parts of Nashik. In some areas where irrigation facility is unavailable, the cultivation cost goes up to Rs 7-8 a kg.

“Farmers, especially of small and medium farmers, do not have adequate storage capacity and they cannot afford to pay for storing their produce in public warehouses. They do not have any option but to sell their produce at a loss. Large corporates, stockists, and warehouse keepers take advantage of such a situation – they buy cheap and store it for selling in the lean season,” said Wadhvane. 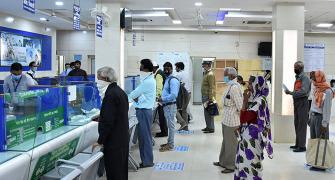 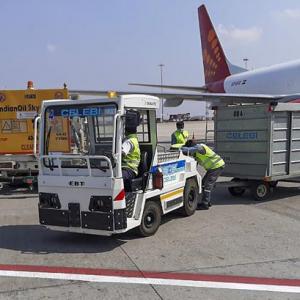