The government has merged the Department of Public Enterprises (DPE) with the finance ministry to give it a better control over state-owned firms and facilitate its ambitious privatisation programme. 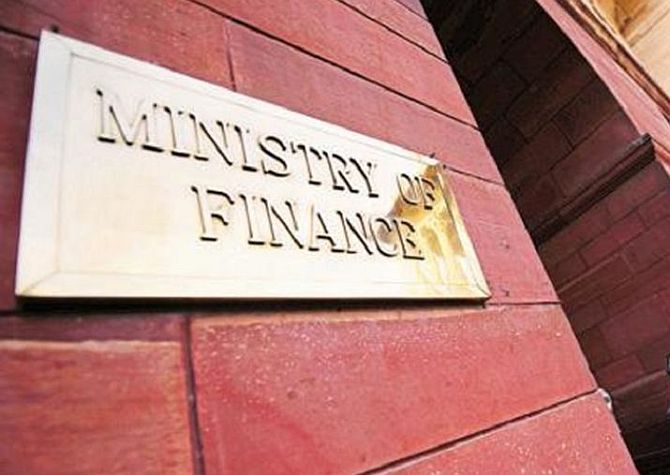 Previously, the divestment ministry - created under the Atal Bihari Vajpayee government - was merged with the finance ministry and is now a department under it.

Also, Foreign Investment Promotion Board (FIPB) was abolished and administration of foreign investments was given to the finance ministry (FinMin).

The shift of DPE to the finance ministry will help in efficient monitoring of the capital expenditure, asset monetisation and financial health of the Central Public Sector Enterprises (CPSEs).

The rejig comes ahead of Cabinet expansion slated later in the day.

The gazette notification issued said these rules may be called the Government of India (Allocation of Business) Three Hundred and Sixty First Amendment Rules, 2021.

"They shall come into force at once," the notification said.

With the addition, this will be the sixth department under the finance ministry.

Giving details of the functions performed by the DPE, the notification said coordination of matters of general policy affecting all Public Sector Enterprises (PSEs), evaluation and monitoring the performance of PSEs, including the memorandum of understanding mechanism, review of capital projects and expenditure in CPSEs.

Besides, the DPE frames measures aimed at improving performance of CPSEs and other capacity building initiatives of PSEs, rendering advice relating to revival, restructuring or closure of PSEs including the mechanisms, counselling, training and rehabilitation of employees in CPSEs under Voluntary Retirement Scheme  and categorisation of CPSEs including conferring 'Ratna' status, among others.

The heavy industries ministry will continue to be the administrative ministry related primarily to the capital goods sector.

As many as 44 CPSEs including Maruti Udyog Limited, BHEL, Cement Corporation, Scooters India, HMT and various other subsidiaries would be under the Ministry of Heavy Industries.

Many companies under the ministry are sick and up for sale under the disinvestment programme of the government.

Finance Minister Nirmala Sitharaman in her Budget 2021-22 already announced that a revised mechanism for fast-tracking closure of loss making PSUs would be worked out and an incentive package would be developed to incentivise states to sell stake in state PSUs.

To monetise lands owned by CPSEs, a special purpose vehicle (SPV) would be developed.

She also announced a big-ticket privatisation agenda, including privatisation of two public sector banks and one general insurance company to garner Rs 1.75 lakh crore from stake sale in public sector companies and financial institutions during 2021-22.

As part of the divestment strategy for the financial sector, the government has decided to go for a mega initial public offering (IPO) of Life Insurance Corporation of India (LIC) and residual stake sale in IDBI Bank during the financial year beginning April.

In September 2020, the government had apprised that out of the 34 PSUs approved for divestment so far, transactions were completed for eight.

Transactions for four PSUs were halted as they are recommended for closure.

Two of them were held up due to litigation, while transactions for 20 PSUs are in the process.