Dell to shift focus to notebooks

Dell Computers on Tuesday said that going forward, it would shift its focus more on to notebooks as the category has a huge potential in this market. 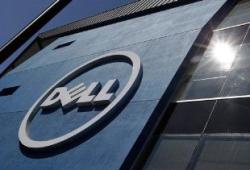 "If you look at market like this, I see huge potential for notebooks. That is the biggest segment that is growing, largely because of growing work force and consumers who want mobility. Tablets will pick up like a secondary device, but primarily it will still be notebooks," Dell India executive director (marketing) P Krishnakumar told PTI.

He said the company enjoys a market share of 30 per cent in the notebook space in the business-to-business (B2B) space and close to 17 percent in the consumer space.

Taking a cue from the parent, Dell will no longer focus on smart phones and will only focus on the desktops, notebooks and tablets, he added.

"Globally, we have announced that we are not going to be present in the smart phone category. Because that is a different segment how the end-user computing happens. We have decided as a company to focus our energies on desktop, notebooks, all in one and tablet," he added.

On the PC market, he said there is a huge potential here as the PC penetration is quite low, but hasn't exactly translated into growth.

"The PC penetration here (in India) is just 7 per cent, though in urban areas it is 45 per cent. In developed countries, it is close to 98 per cent... The industry has not had the growth we were expecting in the last few years," he said.

The company on Tuesday launched its new range of products, including a new series of laptops.

"The convertible will be imported but the others will be manufactured here. We anyways get the order from customers and then manufacture. It is built to order," Krishnakumar said.

The devices use the newly launched Windows 8 operating system and Krishnakumar said the B2B segment have the option of using Windows 7.

"We had collaborated with Microsoft in much advance (for Windows 8). Enterprise computers may still have Windows 7 but the consumer products have all shifted to windows 8," he said.

He declined to give the sales expectation for the new launches. The company gets equal revenue from its commercial and consumer base, he added.

On the revenue front, Krishnakumar did not divulge the details but said, "from a revenue share point of view we have the largest pie in the Indian market. Overall across consumer and commercial it is 19.7 per cent according to IDCQ2 details."