Delhi, Mumbai airports are not being 'sold out', says Hardeep Puri

Civil Aviation Minister Hardeep Singh Puri Monday said the Airports Authority of India (AAI) will continue to receive revenue share after the government sells its stake in the airports in Delhi and Mumbai. 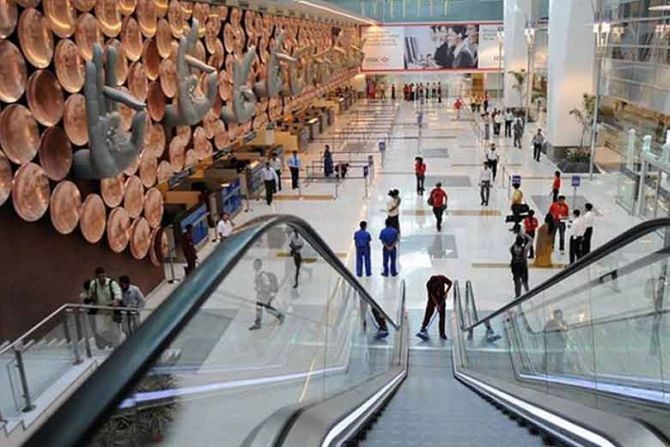 "Those who are raising concerns should also know that the Delhi's airport and the Mumbai airport are on a 60 yr lease.

"These & the 6 other airports will be back with AAI after the lease period. So, nothing as they claim, is being 'sold out!" he said on Twitter.

Congress leader Rahul Gandhi on Monday attacked the government over reports that it plans to sell its residual stake in the already privatised Delhi, Mumbai, Bengaluru and Hyderabad airports, alleging that such privatisation hurts the public and benefits only a handful of cronies.

The government plans to sell its residual stake in already privatised Delhi, Mumbai, Bengaluru and Hyderabad airports as part of the ambitious Rs 2.5 lakh crore asset monetisation pipeline identified to raise additional resources, according to sources.

On Rahul's tweet, Puri said: “Political leaders, specially those who aspire for governance, should acquaint themselves with facts.

"People of New India who earlier wanted a railway station in their town now don't just want an airport, but want an international airport.”

Mumbai airport shares 39 per cent and Delhi shares 46 per cent of their gross revenue with the govt, Puri noted.

"These two airports have generated ?29,000 cr till 31 Dec 2020. Even after the stake sale, @AAI_Official will continue to receive this share which will be used to develop aviation infrastructure," Puri said.

Privatisation is a means of raising resources to fulfill the aspirations of citizens without imposing new taxes, he stated.

The four airports about which concern is being raised were privatised or constructed during Congress regime, he added.

The government led by Prime Minister Narendra Modi has the target of developing 100 more airports in Tier II & III cities, he mentioned.

“In last 7 years, routes connecting 56 underserved & unserved airports including 5 heliports & 2 water aerodromes have been made operational,” he said.