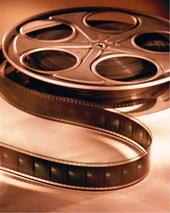 At a time when makeshift local video parlours in cities and their outskirts play pirated movies in small, dingy rooms, the viewers, usually daily labourers and migrants, happily pay Rs 10-40 per ticket.

But, the quality of video and sound at such parlours is bad and the films are predominantly pirated and rarely the latest ones.

While it is very difficult to ascertain the total number of such screens across the country, a study, commissioned by a film company, projects an annual revenue loss of Rs 436 crore (Rs 4.36 billion) to the film industry from just 500 such screens, which charge only Rs 15 a ticket.

However, efforts have started to legitimise the business and build a revenue model out of the bottom of the pyramid. United Mediaworks has started Nukkad Entertainment, a chain of small-sized digital cinema halls targeting the lower-middle and lower-income groups.

In July, it started its first such parlour at CTM, an industrial area on the outskirts of Ahmedabad, and opened the second one in Umreth, a village in Gujarat.

Ashish Bhandari, co-founder and managing director of United Mediaworks, said, "In the last two months, we have signed 27 Nukkad deals in Rajasthan and are planning to open 200 Nukkads over the next two years.

"The plan is to have more than 2,000 such properties in the next four-five years across India."

Multiplex major PVR also has a small theatre chain under the PVR Talkies brand in Aurangabad, Latur and Vadodara, which charges anything from Rs 40 to Rs 150.

However, the cost of one such theatre is estimated at Rs 60 lakh.

There are also a few more brands offering small-size digital cinema halls like K Sera, Silver Screen and Apna Cinema. But, the ticket price is higher than that of Nukkad Entertainment.

Bhandari emphasised the cinema chain would cater to the entertainment needs of the middle and lower-income groups.

With its business associate model, the chain will grow its presence across India, helping the film industry generate

revenue from new territories and markets where revenues were never heard of, he said.

It will also help in curbing piracy across rural and semi-urban markets, Bhandari added.

In the business model, anybody who associates with United Mediaworks for a 120-seater Nukkad Entertainment can earn a net revenue of Rs 79,000 (in case of 50 per cent occupancy) to Rs 2,23,000 per month (100 per cent occupancy), after shelling out the share of the distributor, content delivery charges (Rs 150 per show charged by United Mediaworks) and other electricity and staff expenses.

"The business model is designed in a way that it can be a win-win for across the value chain," Bhandari explained.

He recalled that earlier the screens were showing Bhojpuri and other regional films but with the help of their patented digital cinema server, Digibutor, they had been able to get big mainstream films, by ensuring content security and transparency in distribution.

"It is easy to use, yet completely a secure system.

"Once distributors understand the process, they are open to share new movies with us."

But getting films was not the only challenge. Getting the audience, specially women and children, was a bigger challenge.

"The mindset on the video parlours was not very positive earlier, and our first task was to get women and children to the theatres. But with the new movies and affordable price, we are seeing they are also coming to watch films," Bhandari added.

Right now, the company is looking at Rajasthan, Gujarat, Madhya Pradesh and some north eastern states as they don't charge entertainment tax on ticket prices for tickets less than Rs 50.

"Our business model gives better returns when there is no entertainment tax.

"It may hurt the earning of the property owner. We hope that other states will also follow suit," he added.

The company is also converting pirated video theatres and has digitised four video parlours in Mumbai with its Digibutor server.

It has also signed another 25 such parlours for converting into digitised screen.

It has set up its digital cinema processing facility in Mumbai with product development.

It is looking at around 700 video parlours in Mumbai, each having a seating capacity of 50-75, to convert and get legal rights of content at a low cost, helping curb piracy.

Other companies, including UFO Moviez, Real Images, K Sera Sera and Prasad Digital, also have their servers, but they cater mainly to multiplexes and single screen cinema halls in India.

As of now, approximately 6,500 cinema halls out of 10,000 which are in operation are digital.
Gaurav Laghate in Mumbai
Source: