The Companies Act required firms to spend at least two per cent of their average net profit over the preceding three years on CSR projects.

The spends could be under heads ranging from education and health care, to sports or for ensuring gender equality.

The next biggest spend (Rs 3,206.5 crore) was under Schedule VII (I). This involves initiatives for “eradicating hunger, poverty and malnutrition, promoting health care, including preventive health care and sanitation, including contribution to the Swachh Bharat Kosh (set up by the central government for the promotion of sanitation and making available safe drinking water)”.

Contributions for environmental purposes and towards the benefit of armed forces and disaster management are also among the causes for which companies can make allocations.

It was also noted that richer states like Maharashtra and Gujarat received the bulk of corporate largesse, while poorer states and those in the northeast were largely overlooked.

Maharashtra received Rs 931.4 crore from over 501 companies - nearly half the 1,015 companies, of the 1,360 firms listed on the National Stock Exchange, which are required to make some spends for CSR purposes and for whom the data is available.

Maharashtra tops the country in terms of gross state domestic product at factor cost at current prices (with the base year of 2011-12), shows the Reserve Bank of India data.

Gujarat is also in the top five.

It received contributions from 209 companies in FY19 and the amount spent was Rs 274.2 crore.

States in the northeast received even less.

Similar numbers were seen in other states of the region like Sikkim and Meghalaya.

Larger allocations seem to have prompted closer attention as to how the money is being spent, according to experts.

Amit Tandon, founder and managing director of Institutional Investor Advisory Services India (IiAS), said: "There are more and more companies which are doing impact assessment... people recognise the need to do it," he said.

Pranav Haldea, managing director at Prime Database, said low CSR budget could act as a constraint for some companies to adopt monitoring mechanisms.

"It may only make sense for firms with very large budgets. Smaller companies may find it too expensive to employ an agency for external audits regularly," he said. 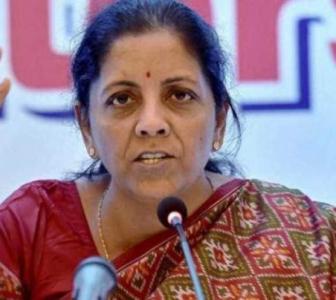