A committee suggested that CSR expenditure be made tax deductible, in order to incentivise spending by companies. It also said that CSR should not be used as a means of resource-gap funding for government schemes. Barely a week after Finance Minister Nirmala Sitharaman’s assurance to corporate entities to review the jail-term provision in the corporate social responsibility (CSR) law, a high-level committee has recommended that non-compliance with CSR norms be made a civil offence and moved to a penalty regime.

This is a departure from the recent policy change which had provided for a three-year jail term for violating CSR norms.

The committee chaired by Injeti Srinivas, secretary, corporate affairs ministry, submitted its recommendations to Sitharaman on Tuesday, suggesting that CSR expenditure be made tax deductible, in order to incentivise CSR spending by companies.

“There is a need to address the distortions in CSR spending arising from prevalent tax structure.”

It has suggested a provision to carry forward unspent CSR balance for three to five years.

“We are glad that our voices have been heard. It is a step in the right direction,” said Rumjhum Chatterjee, chairperson, National Committee of CSR, Confederation of Indian Industry.

A clarification may be issued that for newly incorporated companies the CSR obligation under Section 135 of the Companies Act “shall lie only after they have been in existence for three years”, the committee said in its report.

The committee has also said that CSR should not be used as a “means of resource-gap funding for government schemes”.

According to the new CSR norms under Section 135 of the Companies Act a company has to earmark a part of its profit for social activities and transfer all unspent amount to an escrow account if it is an ongoing project.

This account will be opened by the company concerned in a bank and be called the unspent corporate social responsibility account.

The CSR expenditure which remains unspent in three years would be transferred to any fund specified in Schedule VII of the Companies Act such as the Swachch Bharat Kosh, the Clean Ganga Fund, and the Prime Minister’s Relief Fund.

The central government funds should be discontinued as CSR spend, the committee report said and instead a special designated fund should be created for transfer of unspent CSR money beyond three to five years.

The committee has recommended that Schedule VII be aligned with the sustainable development goals to include sports promotion, senior citizens’ welfare, welfare of differently abled persons, disaster management, and heritage protection.

The idea behind this is to ensure that the CSR amount should be spent by the company - “it must not be lying with the company.”

According to government dataof the total 21,337 companies liable for CSR 9,753 companies did not report CSR activity in 2017-18.

The panel, according to a press statement emphasised that CSR spending has to be a “board-driven process to provide innovative technology-based solutions for social problems” and that the board has to assess the credibility of an implementation agency, which have to be registered with MCA to carry out CSR activities.

“The report seems to be a U-turn from the changes that have been made in the Companies Act.

"It is surprising as it is not in alignment with the thought process behind the changes made to CSR regime,” said Ankit Singhi, partner, Corporate Professionals.

It has also suggested third-party assessment of major CSR projects and bringing CSR under the purview of statutory financial audit.

CSR spending will have to become part of the financial statements of the company.

The committee has said that companies having CSR prescribed amount below Rs 50 lakh may be exempted from constituting a CSR committee.

Government may identify 5 per cent of the CSR mandated companies on a random basis for third-party assessments.

The other recommendations of the committee include developing a CSR exchange portal to connect contributors, beneficiaries and agencies, allowing CSR in social benefit bonds and promoting social impact companies.

The committee constituted in October, 2018 has among its members N Chandrasekaran, chairman, Tata Sons, and Amit Chandra, managing director, Bain Capital Private Equity, among others. 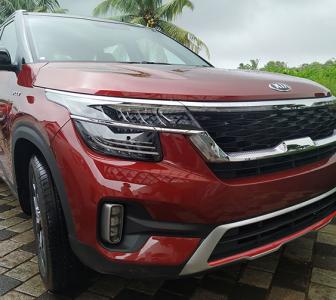 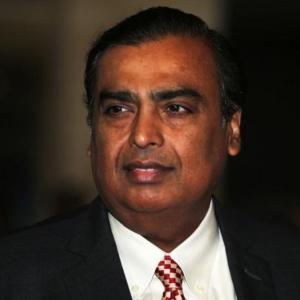