The slowdown in Q2 FY20 was largely due to a sharp dip in the manufacturing sector and agriculture output. 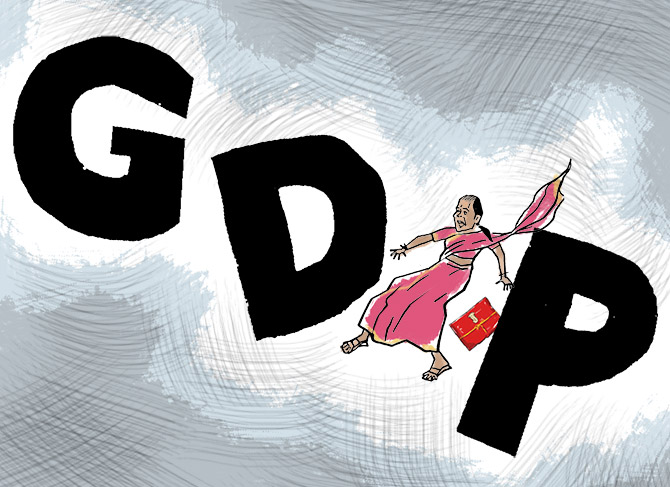 India's GDP growth hit an over six-year low of 4.5 per cent in July-September 2019, dragged mainly by deceleration in manufacturing output and subdued farm sector activity, according to official data released on Friday.

The Gross Domestic Product (GDP) growth was recorded at 7 per cent in the corresponding quarter of FY 2018-19. In the previous quarter of the ongoing fiscal, the economic growth was 5 per cent.

This GDP growth data for the September 2019 quarter is the lowest since January-March of 2012-13, when it was registered at 4.3 per cent.

According to the data released by National Statistical Office (NSO), the gross value added (GVA) growth in the manufacturing sector contracted by 1 per cent in the second quarter of this fiscal from 6.9 per cent expansion a year ago.

Similarly, farm sector GVA growth remained subdued at 2.1 per cent, down from 4.9 per cent in the corresponding period of the previous fiscal.

Construction sector GVA growth too slowed to 3.3 per cent from 8.5 per cent earlier.

Mining sector growth was recorded at 0.1 per cent as against 2.2 per cent contraction a year ago.

Electricity, gas, water supply and other utility services growth also slowed to 3.6 per cent from 8.7 per cent a year ago.

Similarly, trade, hotel, transport, communication and services related to broadcasting growth was also down to 4.8 per cent in the second quarter from 6.9 per cent a year ago.

Financial, real estate and professional services growth slowed to 5.8 per cent in the Q2 FY2019-20 from 7 per cent a year ago.

On the other hand, public administration, defence and other services reported improvement with an 11.6 per cent rise during the quarter under review from 8.6 per cent a year earlier.

On a half-yearly basis (April-September 2019), GDP growth came in at 4.8 per cent as compared to 7.5 per cent in the same period a year ago.

The Reserve Bank had lowered the GDP growth projection for 2019-20 to 6.1 per cent from earlier forecast of 6.9 per cent.

China's economic growth was 6 per cent in July-September 2019, which was the weakest expansion in over 27 years.

Earlier in the day, the government data showed that output of eight core infrastructure industries contracted by 5.8 per cent in October, indicating the severity of economic slowdown.

As many as six of eight core industries saw a contraction in output in October. 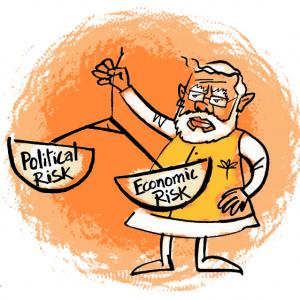