In the last three months, brands such as Tata Starbucks, KFC, and Pizza Hut have launched drive-through or kerb-side delivery services at their restaurants to catch consumers nervous about dining in. It's called a drive-through restaurant, which allows consumers to purchase their products without getting out of their cars.

While the trend has been popular abroad for some time, drive-throughs in India are picking up pace now.

For instance, in the last three months, brands such as Tata Starbucks, KFC, and Pizza Hut have launched drive-through or kerb-side delivery services at their restaurants to catch consumers nervous about dining in.

Estimates suggest that the number of drive-through or kerb-side delivery points have grown over five times in the country following the Covid-19 pandemic from 100 restaurants earlier.

Tata Starbucks’ drive-through store is located at the Ambala-Chandigarh Expressway in Punjab.

The company may launch more such outlets in the future.

Navin Gurnaney, chief executive officer, Tata Starbucks, said the drive-through format offered added convenience to consumers who wanted to pick up their orders from their car.

Experts say on-the-go consumption could get a boost with drive-throughs and kerb-side delivery, prompting players such as McDonald's, who already have drive-through restaurants in the country, to step up focus on the segment.

In a conversation with Business Standard, Amit Jatia, vice-chairman, Westlife Development, which runs McDonald's restaurants in the west and south of India, said sales in convenience channels such as drive-throughs were back to pre-Covid levels, pointing to the comfort consumers have with the format.

Westlife has around 70 drive-throughs in the west and south of India.

In the north and east regions, McDonald’s has close to 30 drive-through outlets.

“The queues at our drive-throughs have been growing. That's a good sign that eating out is picking up.

"Our observation is that the pandemic has given a push to these convenience channels because safety continues to be uppermost on the minds of most people,” Jatia said.

Though the government has relaxed night curfew guidelines as part of its Unlock 3.0 programme, states such as Maharashtra have not permitted restaurants or food courts to open yet in a bid to reduce crowds.

States such as Tamil Nadu, on the other hand, will remain closed on all Sundays in August, while hotels and weekly bazaars will not open in Delhi, the Lieutenant Governor said on Friday.

Yet, out-of-home brands have not given up on wooing consumers in innovative ways.

KFC launched its ‘KFC to your Car’ initiative in May and has since received good response, Moksh Chopra, chief marketing officer, KFC India, said.

“Channels such as contactless delivery and takeaways continue to be operational.

"However, kerb-side delivery has taken safe eating to the next level.

"Customers can place a prepaid order on our app or website and arrive at the designated spot, where the order will be delivered.

"The initial response to the initiative has been encouraging. Takeaways have seen a steady increase,” he said.

So far, KFC has introduced kerb-side delivery in half of its 250 restaurants in the country and will take it to more outlets in the months ahead.

Sister brand Pizza Hut, on the other hand, has taken kerb-side delivery to over 70 per cent of its 431 stores in the country, since launch in June.

“The service is doing well because now more people are stepping out for work.

"They need access to safe and hygienic food. Kerb-side delivery or on-the-go takeaways are fast, efficient and safe, making it a preferred choice for consumers, who are transiting,” Neha, marketing director, Pizza Hut India, said.

Experts say that apart from fast-food and cafe chains, regular restaurants could also step into the drive-through space in the future. 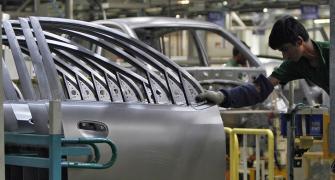