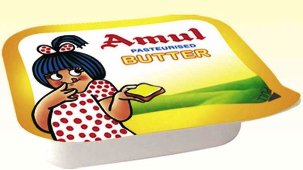 'Courage' and 'conviction' were the two assets that stood out starkly in Dr Verghese Kurien's multifarious personality.

He was the man who, even while sitting in the agriculture ministry, could call its abode Krishi Bhawan as 'Kursi Bhawan', alluding unabashedly to the all-pervasive bureaucracy there.

His courage was visible also when digressing from the main milk business.

He ventured into the processing and marketing of edible oils under the 'Dhara' brand, challenging the monopolistic hold of a few oil dealers of those days, referred commonly as the 'Telia Rajas'.

This, of course, led to a couple of attempts on his life, but he remained undeterred.

Dr Kurien's conviction was reflected in his faith that even rural enterprises, dealing with illiterate farmers and farm women, could be run on modern lines and use modern technology without any government support.

He believed in maintaining distance from the government, to be able to translate his innovative ideas into practice.

The success of dairy development in the form of Amul was greatly due to the policy of self-reliance. Kurien believed that accepting government support or subsidies were like an open invitation to official interference, which would ultimately prove counterproductive.

A sizable part of the resources needed for developing the infrastructure for collection, chilling, transportation and distribution of milk in the initial stages of the Operation Flood project were raised through the sale of the milk powder and milk fat received as gift from abroad.

by selling free gifts, Dr Kurien felt that this route was better than seeking a dole from the government.

Dr Kurien's revulsion at the mode of functioning of the government was not confined to red-tapism alone.

He disliked the work culture in government offices and wanted employees functioning under the Operation Flood or in the Amul cooperative society to operate from posh and well-maintained offices.

"How could you expect high efficiency and good output from an employee operating from a shabby working place similar to a government office?" he would often say.

He was, therefore, particular about the décor and environment in offices of the agencies headed by him.

While Dr Kurien's contribution to the development of cooperative movement in India is well known, what is not fully appreciated is the role he played in seeking autonomy and freedom from official stranglehold for the cooperatives.

To achieve this objective, he along with two other leading champions of the cooperative movement -- late L C Jain, the former deputy chairman of the Planning Commission, and late Mohan Dharia, a former Union minister -- launched a 'Cooperative Initiative' in the 1980s.

This movement forced the government to pass the long-pending Multi-State Cooperative (Amendment) Act, which allowed large cooperatives to liquidate government equity and free themselves of government's clutches.

However, it was the irony of the fate that this man of action and unrestrained vision, who seldom tasted defeat in his prime days, had to finally bow down to his detractors from within the organisation that he nurtured. In fact, the key ones among them were those whom he had himself groomed. Alas, Dr Kurien did not die as a happy person.
Surinder Sud in New Delhi
Source: