Since April, India has seen multiple strains of the coronanavirus sweep the nation, upending life and businesses alike. Out-of-home retail and discretionary categories such as durables, auto, fashion, lifestyle, hospitality, food services, travel, and tourism have been the worst-hit as Covid cases remain high, leaving state governments with no option but to curtail mobility and economic activity. 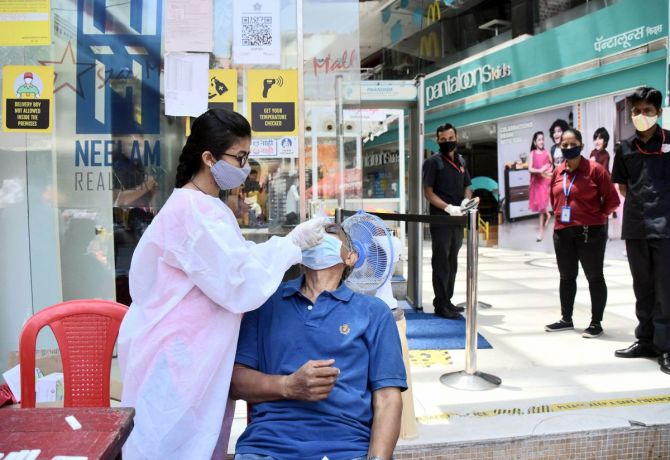 Early signals from the results of the fourth quarter of FY21 have been encouraging, but corporate India isn't celebrating. Reason: A broad swathe of companies across sectors believe that the first quarter of the current financial year will severely test their resilience amid a relentless second Covid-19 wave that has pushed India to the top of the list of the worst-affected countries in the world.

Since April, India has seen multiple strains of the coronanavirus sweep the nation, upending life and businesses alike. Out-of-home retail and discretionary categories such as durables, auto, fashion, lifestyle, hospitality, food services, travel, and tourism have been the worst-hit as Covid cases remain high, leaving state governments with no option but to curtail mobility and economic activity.

Reserve Bank of India governor Shaktikanta Das last Wednesday admitted that aggregate demand conditions, particularly in contact-intensive services, would see a temporary dip as the pandemic unfolded in the country.

The chief executive officer of a large public sector bank, which has exposure to a number of sectors, said the second wave was a “risky phase”. While the central bank had announced several measures to deal with the Covid situation, experts say more needs to be done to cushion the impact of the second wave.

Some auto and durables firms have already announced a brief closure of their manufacturing operations to deal with inventory pile-ups and revenue loss, as consumers prioritise household expenditure, focusing largely on hygiene, healthcare and other essentials such as food and grocery.

"This would be the second straight year that the June quarter would be hit for the domestic appliances market because of lockdowns and curbs triggered by the pandemic. April 2021 saw a 40 per cent decline in sales versus the same period of 2019, since the month of April, 2020 was a complete washout owing to the national lockdown. And now May is turning out to be equally challenging, since the curbs have not been lifted at all," Kamal Nandi, business head and executive vice-president, Godrej Appliances, said.

Nandi is also the president of the Consumer Electronics and Appliances Manufacturers Association, the apex body of durables companies in the country. The body has been monitoring the situation closely, since the summer season, which coincides with the June quarter, constitutes over a third of industry sales.

"Almost 30-35 per cent of restaurants shut permanently after the first lockdown last year. Another 30 per cent will now shut shop because of localised lockdowns this year. We've asked state governments such as in Maharashtra to compensate workers employed in the industry for the loss of income and support restaurant owners by waiving statutory fees, taxes and utility bills,” Gurbaxish Singh Kohli, vice-president, Federation of Hotel and Restaurant Association of India, said.

"Car-buying is driven by sentiment owing to its discretionary nature. The lockdowns in various cities have impacted retail sales,” Srivastava said. Despite this, April passenger vehicle (PV) sales did hold up, according to disclosures by various companies for the month. PV makers dispatched 287,000 units in April, 2021, which was higher than all April dispatches in the last 10 to 11 years, barring 2018, said Srivastava.

But, May could be worse as more states impose curbs to check the spread of the virus. Srivastava expects sales in the current month to be impacted by both supply and retail-side factors. Automakers have been facing semi-conductor shortages for some months now and auto dealerships remain closed across key states. At the same time, re-starting operations after a temporary closure of plants will also add to supply-side woes, he adds.

Rakesh Sharma, executive director, Bajaj Auto says the sales disruption in April for the company has been substantial and that he expects it to continue into the first half of May.

Close to a fourth of the company's retail outlets have remained closed due to localised lockdowns, while a further 10 per cent are facing Covid-related curbs to business hours. Both Sharma and Srivastava, however, expect a strong resurgence in demand once the pandemic recedes. A calibrated lockdown along with the ongoing vaccination drive will help in a quicker bounce back, they say.

Hemant Sikka, president, farm equipment, Mahindra & Mahindra, says that tractor demand, currently hit due to localised lockdowns and closure of dealerships in some states, would bounce back in the coming weeks. "We expect that tractor demand will revive as farmers start preparing their land for kharif crops in the ensuing weeks,” he said.

Ramnath Krishnan, president (ratings) at ICRA, said while the continuing resurgence in Covid-19 cases and the proliferation of localised restrictions could dampen the pace of recovery for Indian corporates, its impact would still be lower than what was visible in the first wave last year.

V R Sharma, managing director at Delhi-based Jindal Steel & Power, said the situation remained grim for now. “Migrant labourers are opting to stay put, since states such as Madhya Pradesh and Chhattisgarh have been seriously affected by the virus. While we do not see projects suffering for now, we cannot anticipate how the situation will unfold going forward," he said. 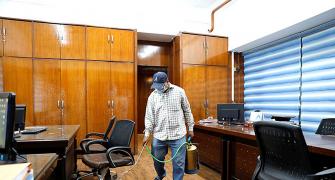 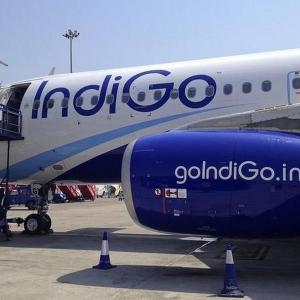