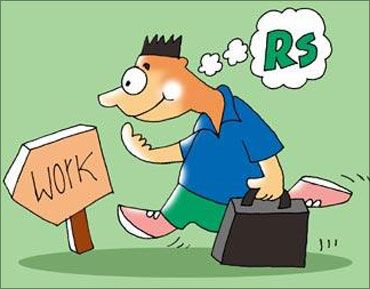 India Inc is not surprised with the corporate espionage scandal now rocking the petroleum ministry, with many chief executive officers (CEOs) saying documents are regularly leaked from the ministries, tax authorities, banks, and regulators – thus giving competitive advantage to corporates with deep pockets.

“This is not the first time that documents are leaking from the petroleum ministry or from other government agencies. Most of the Cabinet note agendas, ministry’s opinions, and government’s stand in the court are regularly leaked to the corporates who make millions on the stock markets,” said a Mumbai-based CEO, on condition of anonymity.

According to another CEO, who also did not wish to be named because of the sensitivity of the matter, documents are also regularly leaked from banks, income-tax authorities, stock exchanges and from public-sector units.

Many large corporates have separate teams to gather information from various sources to get advantage while bidding for projects or for simply making a quick buck in the stock markets.  Corporates are regularly spying on their competitors also.

In 2007, Tata Communications filed a complaint against its then managing director’s secretary, who was caught sending board meeting agendas to a rival via email. Barring filing a chargesheet against the employee, Mumbai police failed to crack the case.

Tata Motors had to exchange several letters with the West Bengal Industrial Development Corporation (WBIDC) to protect its 11 pages of the annexure to its lease agreement, when it wanted to set up a plant in Sanand.

The pages had detailed calculation of the incentives offered by the state government to the company to match those provided by Uttarakhand. The calculation would have given competitors an indication of the car's profitability and market size of Nano.

WBIDC had to assure the company in writing that no third party would have access to the information.

On Thursday, a Reliance Industries (RIL) official was arrested in the corporate espionage scandal. Reacting to the arrest, the Mukesh Ambani-owned firm said it had launched a “robust internal probe” into the detention of one of its employees by the Delhi police in connection with the alleged official document theft in the oil ministry.

RIL, which is among the largest private-sector players in the Indian oil & gas sector, is also fighting a pitched battle with the oil ministry over allegations of gold-plating its D6 gas blocks off the Andhra Coast and producing less gas than what was promised to the government.

The company also made news when in 2013, the Supreme Court ordered probe into allegations based on Niira Radia leaked tapes that the then oil regulator, Directorate General of Hydrocarbons V K Sibal, favoured RIL in many ways.

These charges were not proved.  However, the tapes revealed how corporate lobbyists were taking out information from the Indian government based on their contacts with the media and top officials.

During the gas wars between the Ambani brothers, a lot of sensitive documents made its way into the media.

The documents included action planned by the Reserve Bank of India, the Securities and Exchange Board of India, and even international regulators. “Most of the these documents are highly-confidential. This just shows how well-oiled the information collection machinery is,” said an official with a large corporate.

Citing an example, a source said that during the discussion of a contentious deal in the oil & gas sector, divergent views were exchanged between petroleum and law ministries in a Cabinet Committee on Economic Affairs meeting.

The minutes were leaked to the company in question. It helped the company identify the people in favour of and against the deal.

Subsequently, the ministry in favour of the deal was supplied with more information in support of the deal, while that against it was not only provided with documents stating the benefits of the deal, but also given details of the poor track record of public-sector companies operating in the sector. It ultimately led to a war of white papers.

Many Indian companies are now taking steps to prevent themselves from becoming victims of espionage. This includes setting up the top management’s offices away from the regular employees, access control offices and, if need be, keeping board meetings in secret locations.