While some researchers are developing prototypes for ventilators to overcome their shortage, others have teamed up to develop testing kits. IITs across the country have joined the fight against Covid-19, activating their incubation centres to develop solutions that could help contain the virus.

While some researchers are developing prototypes for ventilators to overcome their shortage, others have teamed up to develop testing kits.

A team of innovators from IIT Kanpur’s incubator company Nocca Robotics have developed a ventilator prototype, currently in the testing phase.

“Our next step is to test the prototype and get it validated with the doctors to fine tune the design, which will take at least two more weeks.

"Once the testing is over, we will begin mass-scale manufacturing,” said Abhay Karandikar, director of IIT Kanpur.

Given that almost all components are locally sourced, the price will be much less compared to imported ones that cost over Rs 4 lakh, he added.

IIT Guwahati, which is set to get a Technology Innovation Hub at the campus, has developed a mask in line with World Health Organization guidelines, and plans to 3D print about 100 of these.

A team of researchers at the campus is also trying to develop a vaccine.

It is currently analysing the sequence of the virus from samples collected from Kerala and China.

Besides, IIT Guwahati students have also developed sanitisers on a World Health Organization (WHO) formulation.

Researchers at IIT Hyderabad have also developed their own sanitiser, in accordance with standards recommended by WHO and the Centers for Disease Control (CDC).

Around 10 litres of this has already been deployed.

“Our laboratory conducts a lot of microbiological studies, and we have tested such materials before, and have been using the same for several years,” said Shivakalyani Adepu, a recent PhD graduate from IIT Hyderabad.

The kits have been sent to the National Institute of Virology in Pune for clinical trials.

A team at IIT Bombay, along with some professional and experienced alumni, have built a platform, Corontine, to track asymptomatic carriers.

The app can be installed on the mobile of an asymptomatic carrier by a government authorised agency.

The app sends GPS coordinates of the mobiles periodically to a server under the supervision fo this agency.

If a user leaves a specified quarantined zone marked by a geo-fence, it will be auto-detected by the app.

While most of the IITs are busy in R&D to fight Covid-19, IIT Gandhinagar has launched an initiative called Project Isaac to engage its students in creative projects, while they are confined to their homes because of the pandemic. 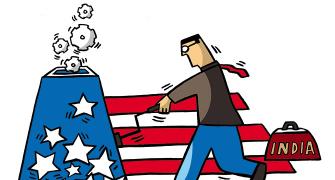 Indians have to wait for decades for Green Card 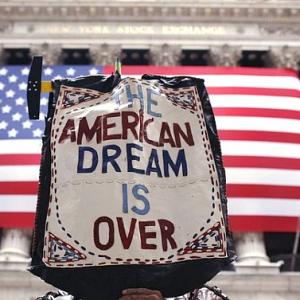