Top companies reported that despite most of them making staples and essential products, movement of raw material, goods and labour remained restricted, impacting sales. 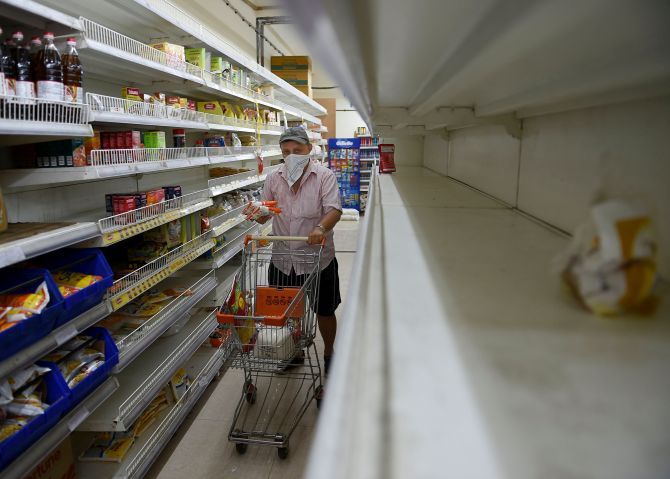 Top companies that Business Standard spoke to said that despite most of them making staples and essential products, movement of raw material, goods and labour remained restricted, impacting sales.

Capacity utilisation, they said, varied between 20 and 40 per cent at their units, hardly good news for a sector that was looking to recover from a general consumption slowdown.

The focus also remains on producing food and hygiene items for now to tide over the current crisis and address immediate requirements in the marketplace.

Firms are also talking to local authorities to facilitate movement of trucks, asking for special passes to be issued to people working in factories and distribution centres, and seeking greater clarity on workforce rules and safety standards in the wake of the Covid-19 outbreak.

In a statement, Hindustan Unilever (HUL) said it was hopeful the authorities would unlock capacity for movement of goods at sea and airports.

“Our sales are at 40 per cent of the daily run rate, up from low single digits in the last week of March. Factory output is about 40 per cent and our wider supply chain continues to be impacted,” an HUL spokesperson said.

Mayank Shah, senior category head at Parle Products, said only 30-40 per cent of the company’s 135 plants were currently running.

“Not all lines are fully operational within these units because workforce allowed inside factories is not more than 50 per cent,” Shah said. “I hope to see this getting resolved in the coming weeks.”

On Thursday, Britannia Industries had said capacity utilisation at its units stood at 25-30 per cent only, though it hoped to see manufacturing activity gain speed in the coming days.

Bread and rusk, for instance, in cities such as Mumbai are not readily available due to restricted movement of goods, distributors and retailers said.

Suresh Narayanan, chairman and managing director of Nestlé India, admitted that Maggi consumption had increased during the lockdown, reiterating that the company was doing its best to make stocks available to consumers. Nestlé is also looking to open up more of its plants in the weeks ahead.

ITC said it was operating its plants with restricted number of hours and reduced workforce in line with the approvals received from local authorities.

“Efforts are being made to ensure the supply chain functions smoothly across the country despite the challenges of manpower shortages and availability of trucks,” an ITC spokesperson said.

But with transporters still unwilling to ply trucks due to strict enforcement of lockdown and containment rules, companies expect the April-June quarter to be a washout even as the March quarter suffers.

“We will need to approach the reopening post the lockdown in a staggered manner,” said Vivek Gambhir, managing director and chief executive officer, GCPL. “We hope to start with 50 per cent capacity ramp-up from 20-25 per cent production levels that exist now for mainly essential items.”

Mohit Malhotra, chief executive officer, Dabur India, said he saw plants opening up gradually, with the scenario improving in the next one month.