In the manufacturing sector, output is expected to decline by about 70 per cent as only food-processing, and drugs and pharma industries are allowed to operate while other segments, such as engineering and metals, have shut operations.

With the nation under a lockdown because of the coronavirus disease (COVID-19) outbreak, analysts suggest that the impact on various Indian industries could cost the economy around 3 per cent of GDP.

There has been around 40 per cent decline in economic activity after the lockdown, as only essential manufacturing (food & pharma) and services (grocery trade, health & public services) are functioning.

This, analysts say, could shave-off 1.5 per cent from India’s projected economic growth in financial year 2020-21 (FY21).

India’s GDP growth at constant prices is now likely to be at a three-decade low of 3.5 per cent in FY21.

In January, World Bank lowered India’s GDP growth to 5 per cent in FY21 from earlier estimates of 6 per cent.

The calculation is based on industry or activity-based gross value added for FY20 as presented by Central Statistics Office (CSO).

Total loss in output is estimated to be around Rs 6 trillion based on estimated GDP at current prices for FY20.

According to CSO, India’s GDP was expected to grow at 7.5 per cent at current prices in FY20 to Rs 204 trillion.

“The base case scenario is a minimum 30-35 per cent decline in economic activity with many estimates putting loss at around 50 per cent.

For example, in the manufacturing sector, output is expected to decline by about 70 per cent as only food-processing, and drugs and pharma industries are allowed to operate while other segments, such as engineering and metals, have shut operations.

Food, beverages and tobacco, however, only account for 10 per cent of manufacturing output.

Machinery and equipment - which includes automobiles, consumer durables and capital goods - is the biggest component of manufacturing, and accounted for around 20 per cent of the sector in FY19, and 3.7 per cent share in overall GDP.

Overall, manufacturing accounted for 16.1 per cent of country’s GDP in FY19.

“We have slashed our base-case GDP growth forecast for FY21 to 3.5 per cent from 5.2 per cent expected earlier,” said Dharmakirti Joshi, chief economist at CRISIL.

The estimates are based on the assumption that the impact of the pandemic will subside in Q1FY21.

Economists at Nomura estimate even bigger fallout from the shutdown.

“Our initial estimates suggest that 75 per cent of the economy will be shutdown, resulting in a direct output loss of 4.5 per cent,” said Sonal Verma and Aurodeep Nandi of Nomura Securities.

They expect second order effect on corporate houses and banks because of the loss of jobs and livelihood from the shutdown.

“There is a high risk that the livelihoods in unorganised workforce will be hit and of a sharp increase in stress in corporate and banking sectors, which is likely to further weigh on growth,” they add.

Others expect the impact of economic disruption to linger longer if loss in revenues (for corporate) and income (in case of individual) impairs balance sheets.

“The 2008 Lehman Crisis suggests that any damage to balance sheet could impair companies’ financial position for years to come.

"It’s the same for individuals, especially those with big-ticket loans such as home or auto loans to service,” says Dhananjay Sinha, head research Systematix group. 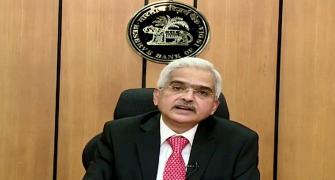 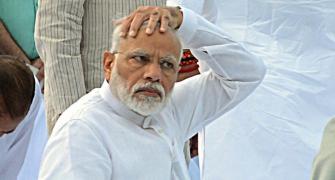 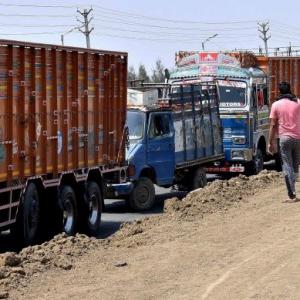