In Sandelerbil village alone in the Hingalgunj block in the Sundarbans, around 36 families from the Scheduled Caste community migrated from Tamil Nadu in March, where they had been working in a gas oven factory. A majority awaits dues promised but not paid. 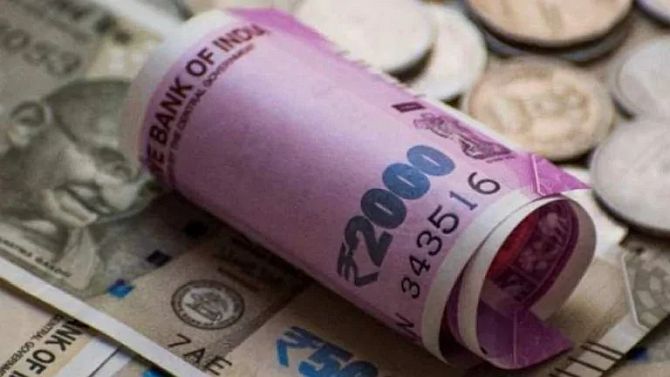 For Samaresh Mondal, who used to work as a welder at an automotive spare parts factory in Tamil Nadu, a month’s wage delay was not unusual.

But this time around, the normally reticent man is vocalising his anger.

His wages are long overdue. He feels short-changed. He knows the nose-to-grindstone approach to work will yield no rewards.

Just days before the nationwide lockdown kicked into gear on March 25, Mondal had returned to Hingalgunj, a block in the Sundarbans region in West Bengal.

Before packing his bags, Mondal had left his bank details with the contractor, with the expressed assurance his wages for January, February, and 15 days of March would be made out to him.

Close to two months have elapsed. The promise made to Mondal remains unfulfilled.

He checks his bank account daily. His pending wages now total Rs 20,000. Worse, his contractor no longer takes his calls.

Like him, several migrant workers in West Bengal who took the long road home have not been paid their dues for over two months.

According to the data compiled by Asha, a non-governmental organisation, in Sandelerbil village alone in the Hingalgunj block in the Sundarbans, around 36 families (with nearly 108 family members) from the Scheduled Caste community migrated from Tamil Nadu in March, where they had been working in a gas oven factory.

A majority awaits dues promised but not paid.

"Their employers had assured them that their wages would be transferred to their bank accounts.

"These workers are understandably depressed.

"They have been denied their hard-earned money,” says Singh.

After her husband’s death, Lalita Mondal migrated to Tamil Nadu with her two sons.

Lalita used to work in gas oven factory, earning Rs 7,500 a month, while her sons worked in garment and car factories, where they earned Rs 10,000 and Rs 13,000 per month, respectively.

None of the contractors is taking phone calls and remains incommunicado.

“Our contractor had been saying the factory is  not doing well, and the dues would be paid lump sum,” rues Lalita.

But the question arises, why were workers not paid their salaries for the months of January and February, when the lockdown started only end-March?

The answer lies in the informal, often unfair norms of work, dictated by their contractors.

For example, every time a worker goes home, more than 50 per cent salary is withheld, forcing the worker to return, says Singh.

Again, at any given point in time, a part of the salary is withheld, so that the workers don’t leave.

K R Shyam Sundar, labour economist and professor at Xavier School of Management, Jamshedpur, agrees that the delay in salary payout is quite common for migrant workers.

The delay ranges between 10 days and a month. In that period, the workers are paid just enough to subsist.

“There is always a circulating fund with the contractor, which comprises his commission from the owner of the factory as well as a part of the unpaid dues of labourers.

"These payments are mostly done in cash,” says Sundar.

As reports of Covid-19 started trickling in around the first week of February, the employers began to tighten their purse strings and withhold salaries.

Migrant workers are protected by the Inter-State Migrant Workmen Act, 1979.

The contractors are also required to pay for the return journey of workers.

However, states do not update the database of contractors, which makes the implementation of the law itself untenable.

“The Inter-State Migrant Workmen Act, 1979, is the most neglected and poorly implemented labour law in the country.

"No state has the requisite database of contractors.

"If this data was available, contractors would have been obligated to pay the dues of workers and fund their return home.

"Now states must pay the price for their negligence in governance.

"The price should in no way be passed on to the hapless workers,” says Sundar.

Lalita says she is not planning on going back to work for at least three months, even as her family adjusts to life in a village.

She has taken up a part-time job of making puffed rice for a local rice trader, earning Rs 90-100 a day. Her sons are not so lucky.

With Tamil Nadu not on her mind just yet, she knows West Bengal is home for the next three months at least.

If her contractor offers her job back, she says she’ll drive a hard bargain.