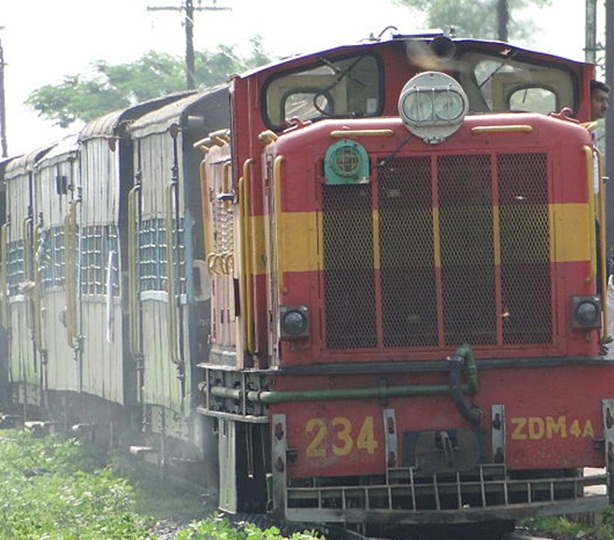 I know of only one Shakuntala, the one Kalidasa made famous. I know of nothing that suggests Shakuntala had anything to do with Vidarbha, though Kalidasa (and some of his non-Shakuntala characters) did. You may not have heard of Shakuntala Railway, but it is supposedly named after Shakuntala, princess/queen of Vidarbha.

There is no reason why you should have heard of Central Provinces Railway Company Ltd (CPRC). It was formally incorporated in 1910, has three directors and does everything you expect a company to do.

Many people may be unaware that CPRC still runs a railway network in India. This isn't one of those railway networks on private estates, plantations, sugar-mills, collieries, mines, dams, harbours, ports and steel plants. Nor is it a line that a private company temporarily builds and operates, to be eventually handed over to Indian Railways (IR). CPRC is unique.

These became part of IR, continued as narrow gauge and remained neglected lines or were wound up (Darwha-Pusad). The only exception is the strange case of the Ellichpur-Murtazapur-Yeotmal Railway, owned by CPRC and known as Shakuntala Railway.

The Yavatmal stretch was opened in 1903 and Achalpur stretch in 1913. Both segments were constructed and operated by Great Indian Peninsular Railway (GIPR). In 1925, GIPR became part of IR. Therefore, as a legacy, IR started to operate narrow gauge trains along Shakuntala Railway (the train is known as Shakuntala Express).

Locomotives were initially steam, replaced with diesel in 1995. Usually, when one thinks of liberalising railways, one has in mind private train operations (and other forms of private provisioning of goods and services). Track is presumed to be owned by the government.

If you don't do that, there will be accidents and safety issues. There will be management and coordination problems. So runs the refrain. Therefore, the liberalised foreign direct investment and private investment policy don't contemplate private ownership of tracks and related infrastructure. When built by the private sector, it will have to be handed over to IR.

There is a contract between CPRC and CR, to be renewed in 2016. Under the contract, CPRC can keep 55 per cent of passenger revenue, giving the rest to CR. Naturally, CPRC is meant to maintain track.

But it doesn't possess the resources and CR has refused to give CPRC the 55 per cent, because CR was forced to spend on renewal and repairs. In fairness, CPRC disowns the contractual liability and this is now stuck in a judicial dispute. By the way, that 55 per cent is worth just over Rs 2 crore. Total annual passenger earnings (there is no freight) are hardly Rs 5 crore 9Rs 50 million).

Through a cotton cultivating tract, Shakuntala Railway once transported cotton to Manchester. But today, CPRC is not interested in it. In 2016, when the contract is renewed, IR can pick up the line for 10 years' revenue, say, Rs 50 crore (Rs 500 million).

Given the state CPRC is in, IR may get it for less. However, IR isn't interested. To rehabilitate 189 km of track, IR will have to spend at least Rs 1,890 crore. Once in a while, demands arise for nationalising the line, with little traction.

As of now, once a day, there is an irregular passenger train that runs on either side of Murtazapur, towards Achalpur and Yavatmal. If the train is irregular, what other choice for passengers? They travel by road, at five times the cost. Ipso facto, someone granted the flexibility of choosing fares should be able to tap the market better and modernise Shakuntala Railway.

It can't be IR and has to be someone other than CPRC. Why not hawk Shakuntala Railway, lock, stock and locomotive, to some other private player? That's sacrilege. Don't you know what happened when Margaret Thatcher privatised ownership of railway infrastructure in Britain? Private ownership of track and related infrastructure is taboo, unless it happens inadvertently, as with Shakuntala.

Those who resist change will argue Shakuntala is an exception, it's a "branch" line. A nuanced opposition is understandable. But why is there this blanket opposition to private ownership of track? Do people in IR not know about their own history and Shakuntala? 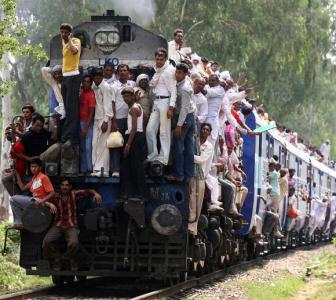 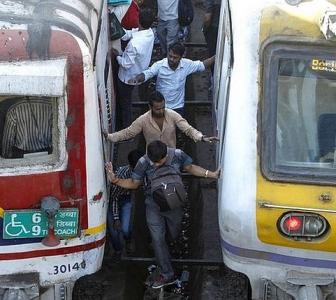