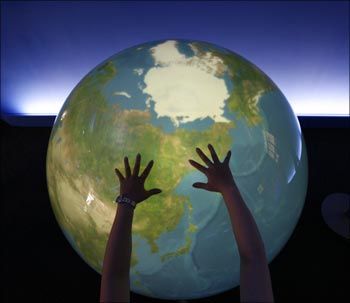 Every right-thinking Indian, elitist or otherwise, understands the absurdity of the country's civil servants being unable to communicate in a global language that most of the world is intent on learning.

A prominent Indian information technology industrialist once acerbically commented that it is only in India that people agitate for the right to be backward.

He was referring to one of the frequent agitations by Jats/Gujjars/Meenas and others to be thus designated and benefit from the munificence of the positive discrimination in government jobs and educational institutions. But his remark could as well apply to two recent developments: the Indian government's recalcitrance over signing the Trade Facilitation Agreement (TFA) at the World Trade Organization (WTO) and the agreement to scrap the English comprehension test in the civil services examination paper.

Neither the refusal to sign the TFA nor the capitulation to the anti-English protests of a handful of Indian Administrative Services aspirants from two notoriously backward states can be described as being forward-looking or in India's interests.

Equally, neither gels with Prime Minister Narendra Modi's implicit promise to those sections of the electorate who fete him so vociferously - young, aspirational Indians rising from the bottom of the pyramid and well-heeled, ambitious businessmen.

The TFA, to quote the WTO's explanation, contains provisions for "faster and more efficient customs procedures through effective cooperation between customs and other appropriate authorities on trade facilitation and customs compliance issues".

This must be music to any exporter who routinely struggles with the labyrinthine procedures at ports and airports to sell goods overseas.

That complex and opaque procedures, with their concomitant opportunities for corruption, remain a key factor in India's poor showing in global "doing business" rankings is so well established as to have become a cliche.

Every government is well aware of how these processes impact India's export competitiveness just as much as our cost structures and productivity.

So surely a regime that professes overt muscular patriotism as this one should understand the importance of streamlined procedures as a critical step towards India attaining the "superpower" for which some Indians yearns.

In this, the prime minister who likes to see himself as a chief executive officer, or CEO, could well have taken a tip from his admirers in the corporate sector.

When international standards such as ISO and its variants became a sticking point in doing business globally, most corporations buckled down to the challenge and streamlined their processes to get themselves certified. When tariff barriers started falling in the 1990s, Indian industry grumbled a little but broadly understood the illogic of protectionism.

Instead of lobbying for the right to remain inefficient, high-cost producers of goods and services, corporations gamely applied themselves to the task of coming up to global standards.

The process has not been perfect but it is no coincidence that the private sector has been responsible for the bulk of job creation since then.

It is no one's case that a government should be as implacably profit-oriented as the corporate sector, and the current regime is right to be concerned about farm and food subsidies.

But every government since at least the mid-1980s has been well aware of the venal inefficiency in the administration of these subsidies.

It requires no genius to understand that these doles scarcely help the constituencies that actually do need state support: marginal farmers and people below the poverty line.

The TFA, with its restrictions on producer subsidies, would have been a great opportunity to recalibrate delivery systems constructively and still be WTO-compliant.

The means to do so via an expanded Aadhaar system is easily at hand, too.

Much has been written on the absurd move to remove English comprehension from the Civil Service Aptitude Test (CSAT) to bear repetition here.

Every right-thinking Indian, elitist or otherwise, understands the absurdity of the country's civil servants being unable to communicate in a global language that most of the world is intent on learning.

Again, the "CEO"-led National Democratic Alliance would do well to follow the example of Indian corporations, which ensure their executives know a modicum of English so that they can be posted anywhere in the world. Larsen & Toubro's A M Naik once told me how he made many mistakes while applying for an engineering programme at Mukand Iron and Steel.

Advised to improve his English Mr Naik, whose basic education was in a village school, did just that, buying language cassettes and practising his spoken English in front of a mirror.

His workmanlike grasp of English no doubt played as big a role as his efficiency and workaholism in rising up the ranks in a (then) foreign-owned company.

Few executives wear their patriotism on their sleeve as Mr Naik does - a tricolour badge is pinned to his lapel at all times.

But even he understood the practical need to grasp the essentials of a language the world is speaking.

Surely our robustly nationalistic lawmakers can use the CSAT as an opportunity to mandate the teaching of English in government schools.

Or to look at it another way: why leave the best job opportunities to an exclusionary English-speaking elite. 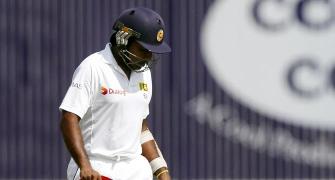 Jayawardene out for 4 in first innings of final Test 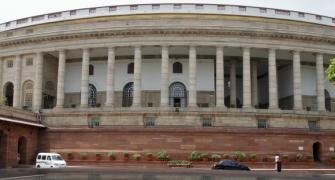 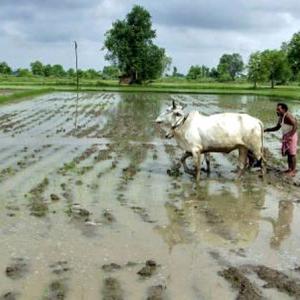