It is also testing a concept sourced in Australia, storing local fruit in an ice dispenser, freezing it and offering it to consumers as a sorbet without any artificial sweeteners or flavours. In a bid to revive its double-digit growth in the country, Coca-Cola is testing 20 products - both aerated and non-aerated.

It is also experimenting with a profitable model of low-volume locally made beverages.

Traditionally, Coca-Cola has built a model of producing standardised products in mass.

In India, after sustained growth, its global model of scale and standardised products has been its bane, slowing growth in the wake of competition from nimble local players in the non-aerated beverage segment.

This is also because of the fact that Coca-Cola does not have enough products that can take on competition.

So Hindustan Coca-Cola Beverages, its production and marketing arm, has lined up 20 locally focused beverages, such as Nagpur orange juice for Maharashtra and litchis in some markets.

It is also testing a concept sourced in Australia, storing local fruit in an ice dispenser, freezing it and offering it to consumers as a sorbet without any artificial sweeteners or flavours.

The firm is testing this concept in 25 outlets in Bengaluru.

“We didn’t have enough products, and or not at the right price point. Those are things that I can fix in partnership with Coca-Cola India,” said Christina Ruggiero, chief executive officer, Hindustan Coca-Cola Beverages.

In the quarter ended March this year, Coca-Cola sales growth dropped to single digits, leading to a reshuffle of its top deck in the country.

The company elevated T Krishnakumar, the former head of HCCB as Coca-Cola President of India and South West Asia, and brought in its global procurement head, Ruggiero, to replace him as CEO of the production and marketing arm.

Ruggerio, a former cryptologist in the US Navy, has worked in 55 countries, heading procurement at British liquor major Diageo and Coca-Cola, before moving to India.

She said her effort to win would not be through volumes, but revenues earned through innovations.

Currently, aerated beverages contribute to 65 per cent of sales, while non-aerated fruit drinks and water contribute to the rest. Coca-Cola is expanding its portfolio across categories in the country.

“I redefine what winning looks like - which is having the right product, price, for the right consumer with a different type of metric,” said Ruggiero.

Since taking over in July, Ruggerio says she has asked her team to rethink emerging challenges from local players, often putting them in their shoes - building a product and scaling to at national level.

This has helped her revive sales for its products, including its flagship fruit-based beverage brand Maaza, which has seen double-digit growth.

The firm is investing in facilities, including opening a Rs 450-crore greenfield plant in Sanand in Gujarat by January. 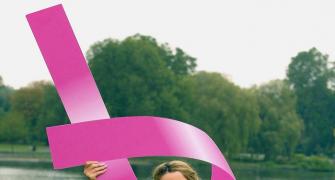 In the business of cancer 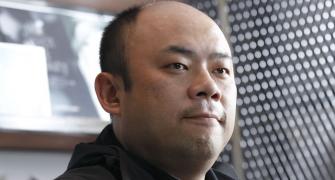