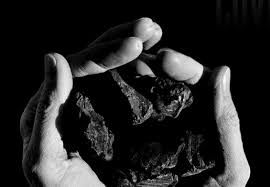 The companies are crying foul over the cancellation of 25 blocks held by 68 firms over the past two days.

With a few of them mulling legal recourse, the stage is set for a long-drawn battle over the issue.

Among the large companies whose blocks have been axed by the coal ministry on grounds of delays in development are Adani Power, Jindal Steel & Power, Tata Group, Rungta Mines, Hindalco, Monnet Ispat and Mukand Ltd.

“We will go to the court of law. “The decision for cancellation will not be legally tenable,” Monnet Ispat Chairman and Managing Director Sandeep Jajodia said.

“Monnet should not have been part of this review exercise in the first place.

“The condition of allotment says the time taken in clearing the surface land of the block overlapping with another public sector unit block would be considered a grace period,” he added.

The land area of the block overlaps with reserves allocated to South Eastern Coalfields Ltd.

The block was de-allocated by the ministry on Tuesday.

The ministry said it had accepted the recommendation of an inter-ministerial panel for cancellation but was withholding ‘further action’ in view of an earlier court case.

The ministry had, in November, cancelled the allocation of another block, Urtan North, jointly held by Monnet and Member of Parliament Naveen Jindal-promoted JSPL.

Monnet Ispat and JSPL have together invested Rs 9,710 crore in Urtan North block and its associated project.

The government has also cancelled the Rajhara North block allocated to Vini Iron and Steel and Mukand Ltd.

Mukand says it had requested the ministry to convert the joint allocation to a leader-associate allocation (with Mukand as the leader and Vini as associate).

“The ministry agreed in-principle but has not converted its agreement to in-practical so far. So, the de-allocation decision is unfair,” said a senior executive from the company.

He also added the environment ministry’s Expert Appraisal Committee did not give approval for environment clearance on the grounds that a CBI investigation involving Vini Iron & Steel was still pending.

“We are studying the ministry’s cancellation letter in detail. We will seek advice and consultation on the issue,” the executive said.

Infrastructure major Lanco Infratech, whose Rampia and Dipside of Rampia block was also cancelled by the ministry on Tuesday, said it was also mulling a future course of action.

“We have seen the cancellation letter. Though we have not firmed up anything so far,” Lanco Chief Operating Officer T Adibabu said.

Industry chamber Confederation of Indian Industries says the cancellations are a matter of concern.

“The intent of the government to involve the private sector to invest in the infrastructure sector will be defeated if de-allocation of coal blocks is resorted to, without examining the merits of the cases in detail,” CII President S Gopalakrishnan has said.

A senior industry executive said companies had already invested Rs 134,000 crore (Rs 1,340 billion) in the development of the blocks and the associated end-use projects.

The industry sees the huge investment as a major defence in its case. 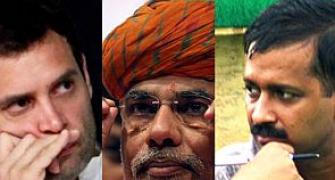 So much empty rhetoric 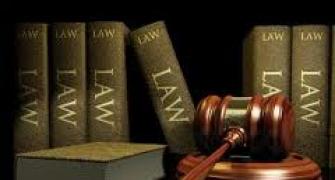 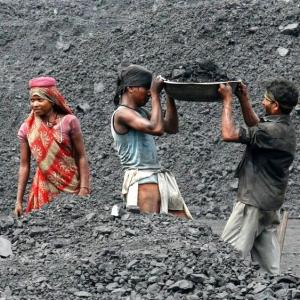 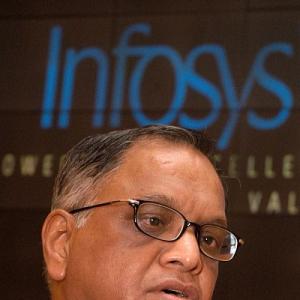